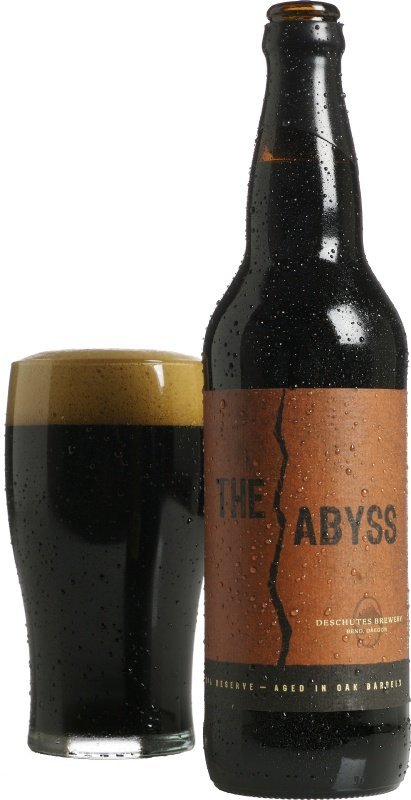 The Abyss is insane beer. It is obviously named for its coal-black color and deep, deep flavor profile. It’s a limited edition beer that you’ll have trouble finding, but if you’re a dark beer lover (and I’m talking dark beer), you’re going to dig this one hard.

Vintage dated (this bottle was released in November 2008; “2008” alone appears on the label), The Abyss is technically a Russian Imperial Stout in style, a boozy beer at 11 percent alcohol and brewed with molasses and licorice (the good stuff). After it’s brewed, a third of the batch is aged in new oak and old whiskey barrels before bottling. The result is an unfathomably complex beer that defies categorization.

The Abyss bears all the hallmarks of its ingredient list: Cocoa and sugary molasses up front, intense wood notes as it goes down, and a hint of licorice on the finish along with a bracing slug of bitterness.

The only oddity is the lack of much in the way of a head. It’s a little strange because, as it settles, The Abyss could easily pass for a cup of coffee to a casual passerby. Then again, depending on when and where you’re trying to drink this stuff, maybe that’s a good thing.

Also: Try adding a shot of Cofia espresso/hazelnut vodka to your pint — this is sanctioned by the brewery, I swear — the ultimate concoction is downright awesome.

Good luck trying to find it.