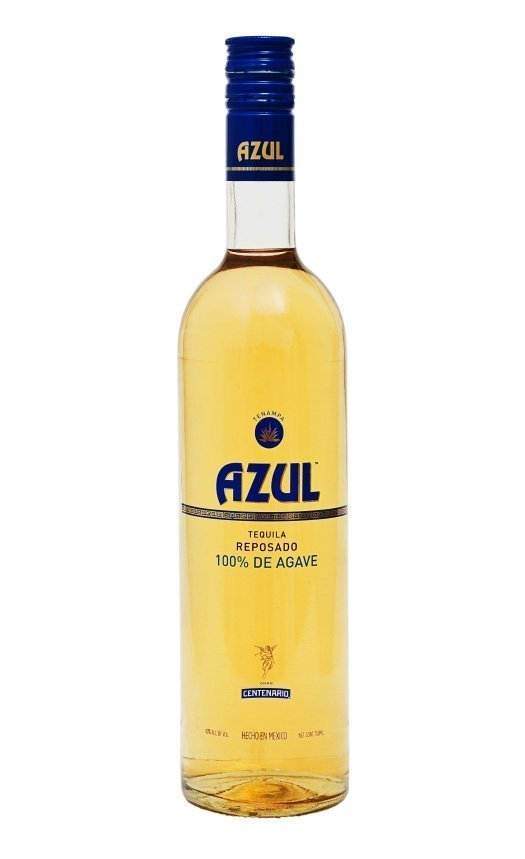 Cinco de Mayo is just two days away, and that means it’s tequila time. Here’s a new one that just launched in April.

Gran Centenario already makes a full line of tequilas, including a reposado, but recently the company expanded with a new brand called Azul. The big draw: At $16 a bottle, it’s about a third the price of Gran Centenario’s standard-label reposado and one of the cheapest non-mixto tequilas on the market (if not the cheapest).

I wish I had Gran Centenario’s standard reposado to compare against, but since I don’t, take my remarks on a standalone basis. Bluntly: Azul (the name is Spanish for “blue,” as in blue agave) is a fine tequila, especially at this remarkable price.

100 percent blue agave, rested for two months, and bottled at 80 proof, it’s incredibly smooth. Agave is strong on the nose and up front in the palate, but it gives way to wood, vanilla, and a lingering sweetness that’s hard not to enjoy. Some vegetal notes make the finish somewhat less than perfect, and Azul is hardly a complex spirit on the whole, but this is a product that exudes both versatility and quality.

Bottom line: This is easily a go-to tequila for any cocktail and it works quite well for sipping straight, too. (I will note, however, that I had some trouble with the built-in bottle pourer, which refused to relinquish any tequila at all until it was fiddled with extensively.)