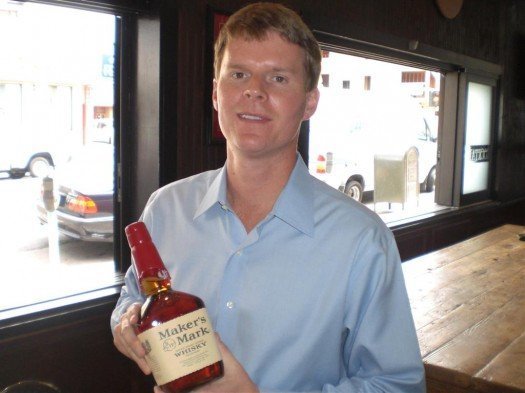 Rob Samuels has bourbon in his blood. He better: He’s an eighth-generation whiskeymaker and the heir to the Maker’s Mark throne, where is father Bill Samuels Jr. serves as President and where Rob spends his days criss-crossing the country, spreading the gospel of Maker’s Mark.

Samuels gave me the full court press about his company’s product, and he has every reason to be proud: It’s perhaps the most labor-intensive, mass-produced whiskey in America, and the process includes barrels rotated in the warehouse, bottled, and dipped in wax — all by hand. Even the labels on the bottles are individually ripped, not done by a machine. Maker’s is also the largest brand whiskey in the world to draw all its water from a natural source: In this case, a 10-acre lake behind the distillery. 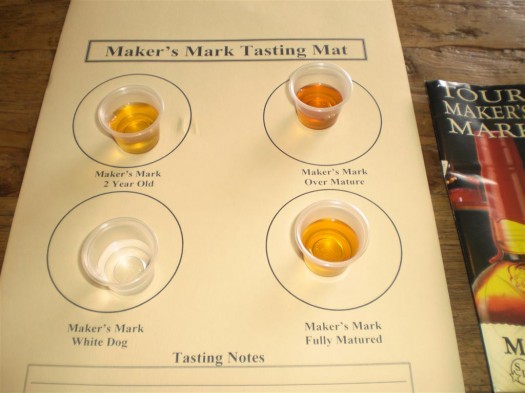 The proof is in the pudding, as Maker’s really is the smooth, light, and moderately sweet bourbon it claims to be, and it achieves the goals the distillery set out to do in 1953 — to temper the typical harshness and bitterness of bourbons of the day and create something more approachable and easy-drinking.

A highlight of my day with Samuels was a guided tasting through whiskey at various ages: Straight from the still (the clear spirit you see in the photo below), under-aged (for two years), at standard bottle age (averaging 6 1/2 years), and over-aged. Tasting raw, day-old bourbon was quite an experience, filled with chewy corn character and an unmistakable funk. Things settle down after two years, though the spirit is still sour and retains that clear corn character. I was actually a little partial to the over-aged Maker’s Mark, which has some wonderful woodiness, though it does bring on a bitter character after too long in the cask. In the end, Maker’s is just about right when it is finally deemed ready by its panel of 15 tasters (fun fact: nine of whom are women).

Thanks to Rob and Maker’s Mark for a fun and educational day in blisteringly hot San Francisco. 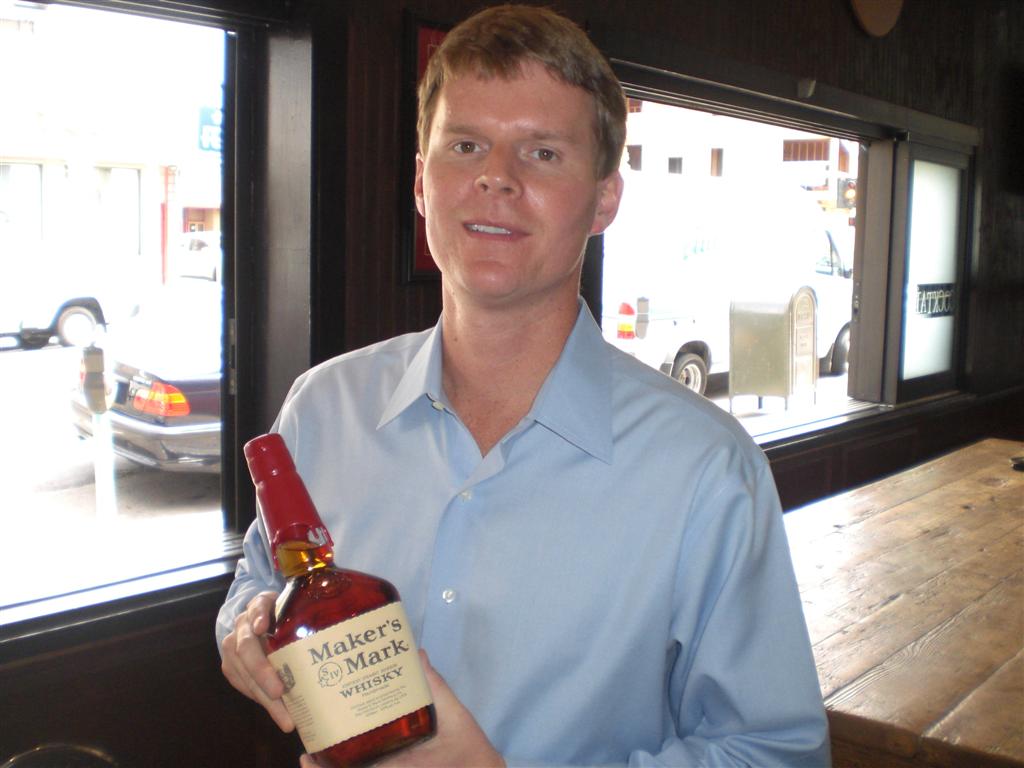