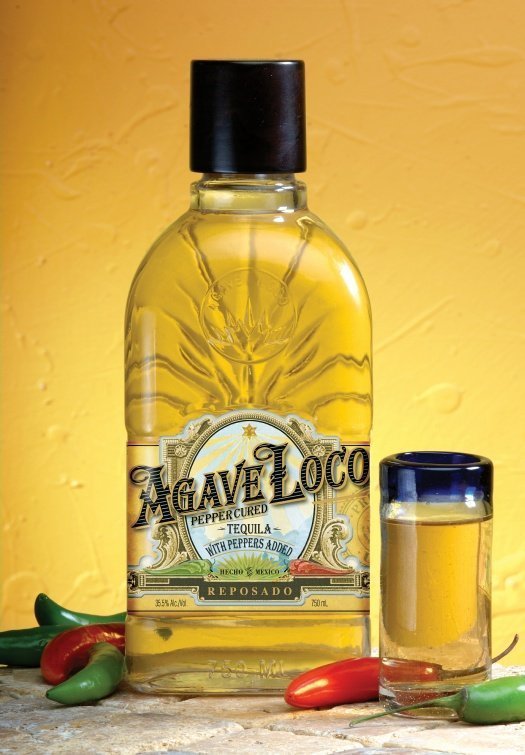 The story goes that master distiller Tom Maas and his crew found that, in the old days, some enterprising people in Mexico were preserving peppers not in vinegar but in tequila. And rather than simply eating the deliciously tequila-flavored peppers, someone had the idea to try to do it the other way around: Use the peppers to flavor the tequila.

This isn’t the first peppered tequila I’ve tried, but it’s certainly the first 100% agave version: Agave Loco is 100% agave and reposado to boot. It was unheard-of until recently that anyone would “waste” 100% blue agave spirit on something that would then be “destroyed” with an additive like peppers.

Don’t tell Maas that: He puts six kinds of peppers (their identities all secret) into his reposado, and the peppers each soak for three days to two weeks before being removed. They leave behind a load of pepper taste — and also a curious haze, which Maas refuses to filter out, saying “haze equals flavor.”

Agave Loco is nothing like the killer fire-breather that Tabasco’s pepper tequila is, but they don’t exactly call it “Loco” because it’s subtle. The aroma is unmistakable, but the initial taste is surprisingly very mild. The pepper flavor comes on strong after that, but the finish fades quite quickly, leaving you with a clean palate and a strong thirst — either for water or for more tequila.

I have no idea how you’d pick out which six varieties of peppers are in this mix by taste alone, but the specific flavor I get is of those little green tabasco peppers that come packed in vinegar (aka “sport peppers”) and are a fixture in diners across the south. I don’t see them much any more, but the taste of Agave Loco made the memory of that flavor come rushing back at me like a chicken fried steak to the face. Yeah, agave is also in there, but it’s significantly in the distance. You can even catch wood, too, but while you’re busy trying to pick out those flavors, the pepper creeps up on you and wipes everything else out of your head.

Agave Loco is best in moderation — it really builds up as you sip through a shot — but I’m already thinking of ways to use the stuff in more complicated cocktails. Best idea I’ve heard comes from Agave Loco itself: As an ingredient in an “adults only” guacamole. 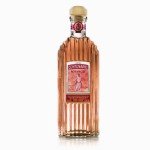