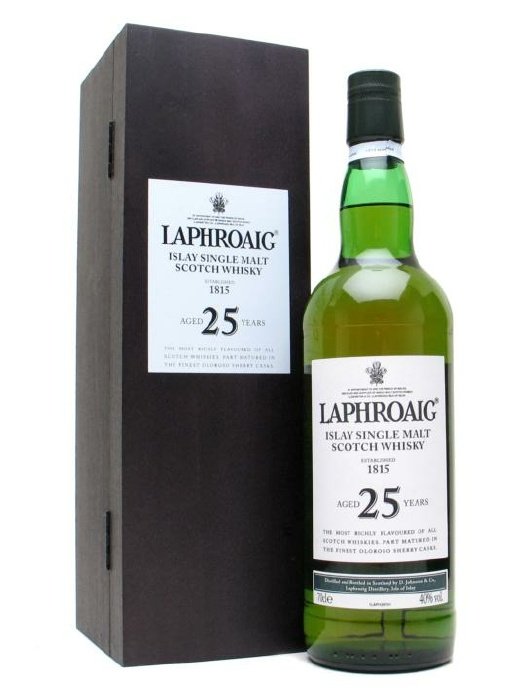 As promised, we’re back with another ridiculously expensive, very rare Scotch whisky — Laphroaig’s 25-year-old limited edition, weighing in at $500 even.

I have to say, I’ve always wondered what old Laphroaig would taste like, and my curiosity is now sated: It’s amazing.

With this 25-year Islay whisky, all that harsh, oil-fire phenol that’s part of the classic Laphroaig portfolio is mellowed out, leaving behind a more modest peat-fueled smokiness and a far more impressive sense of balance than any of the other Laphroaigs, 15 years old and younger.

The way this 25-year combines the smoke with the sweet — a sherry, citrus sweetness laced with honey — is really quite impressive, and one gets the sense that Laphroaig 25 came out of the cask at just the right time.

At 102.4 proof, I was expecting some heat, but not as much as the spirit displayed. This is a damn hot whisky, and while I had no trouble sipping the 30-year Ardmore (at 114 proof) on its own, Laphroaig 25 absolutely needs water to become enjoyable.

While $500 is a lot to swallow, this is definitely my favorite Laphroaig expression I’ve tasted to date.