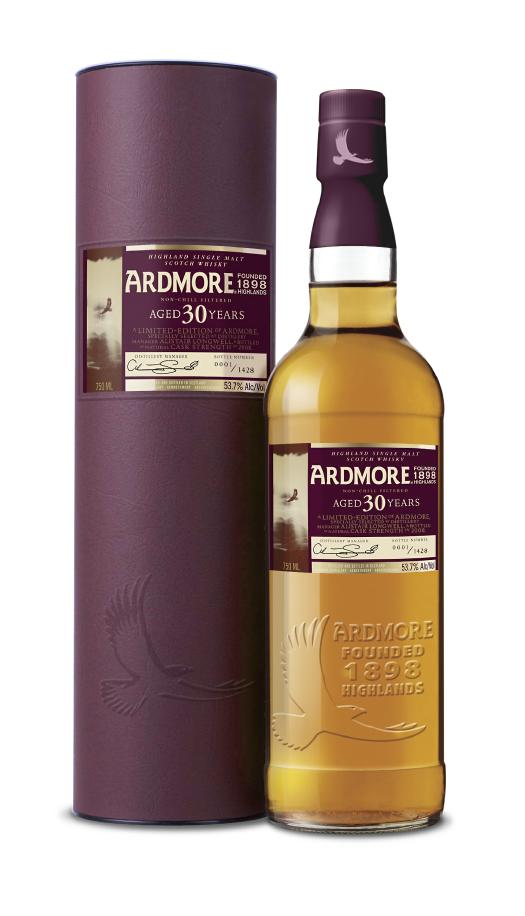 It’s not every day a $450 Scotch lands on the doorstep. Today we got two (though Laphroaig’s 25 Year Old, to be reviewed tomorrow, is actually $500).

Ardmore’s 30-year Highland (Speyside) Scotch (I believe there’s only been one other 30-year-old Ardmore released to date) is an amazing treat. Here we have everything malt whisky should be: Smooth sweetness filled with aromatic honey, oranges, butterscotch, and pronounced malt notes. The peat notes, absent in the initial impression, sneak up on you as the finish comes on strong, like the smell wafting from a chimney around the corner when you first step outside. Very long.

The nose is less pronounced than you’d expect, but that’s barely a notch off this stellar Scotch.

Grab it fast. Only 1,428 bottles are being produced. 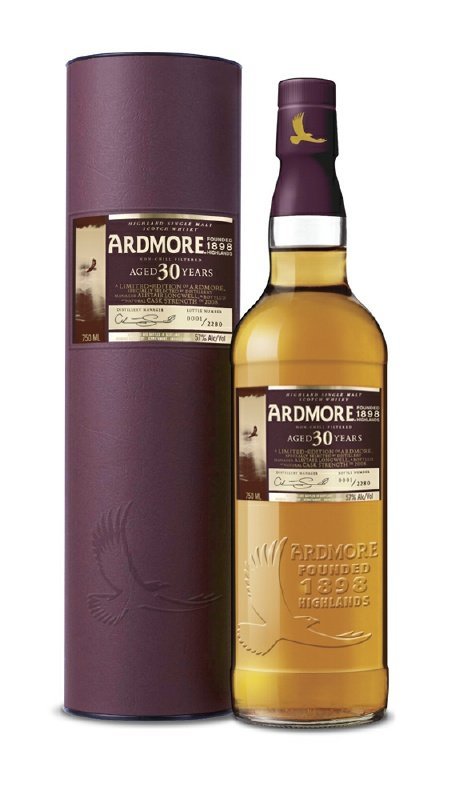