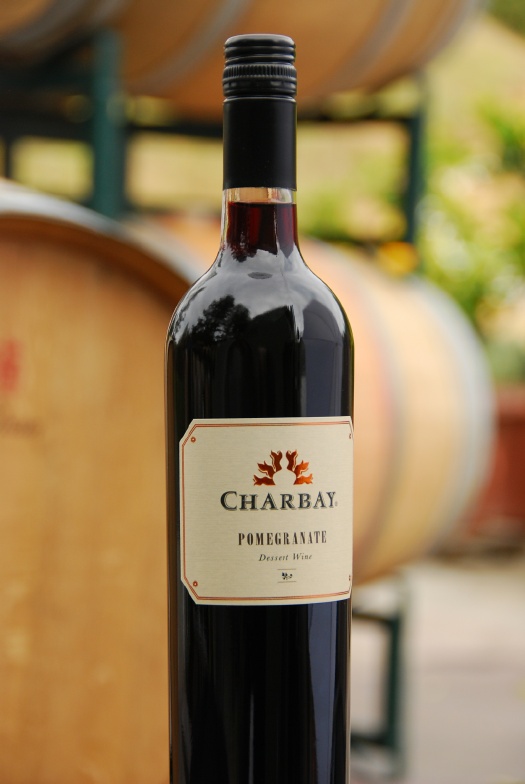 Yes, pomegranate rage has now reached all the way to the wine world, with Charbay knocking out this non-vintage, pomegranate-based dessert wine (the company makes two other pomegranate products already), ready to give your digestive system a kick in the glands.

Charbay starts with 100% organic pomegranates, ferments them, then arrests that fermentation when there’s sugar still present by adding Charbay’s own Pinot Noir Brandy. The final concoction is 18.7% alcohol, in line with most traditional, grape-based Ports.

Though the nose doesn’t let on — it’s more Port-like than you’d think — the flavor is something else: Starting soft, then quickly becoming extremely sweet as if hits the back of the mouth. Much like drinking 100% pomegranate juice, it then becomes very tart, puckering the mouth into an O.

It’s not bad, per se, but it’s just not the way I like to enjoy dessert wine (with less fruit and sourness) nor the way I like to enjoy pomegranate juice. But I think the company, and the wine’s numerous fans, have the right idea on how best to consume it: Boil this down into a reduction and put it on everything from pork chops to ice cream.