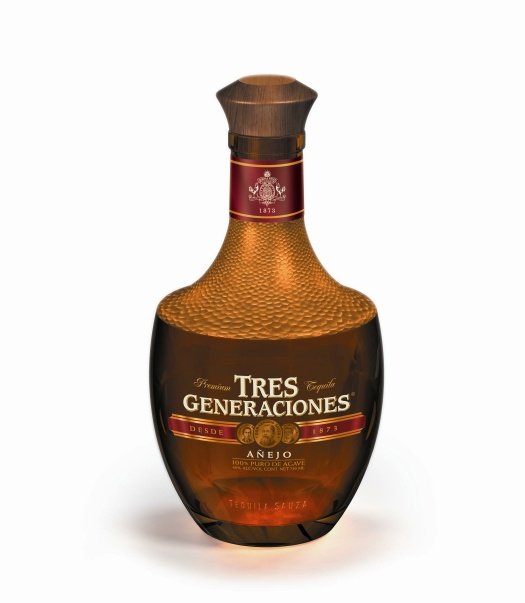 As promised in February, we finally got our hands on Tres Generaciones’ Anejo tequila, so we could finally round out the line we first examined here.

Though it spends six times the amount of time in oak barrels as 3G’s reposado (“at least” 12 months vs. about 2 months), this anejo is barely darker in color than its younger bro.

The body, however, is discernibly smoother, with that same vanilla core, smoky touches, and light, lacy agave throughout, just a little rounder on the edges. Clearly siblings, you could likely serve this anejo to someone, claim it was reposado, and get away with it, no problem. The only major difference — vanilla from the wood overpowers the natural agave character in the spirit in the agave.

Not a bad thing, just a matter of personal taste. These two tequilas are very similar in the end; I have a slight preference for the anejo, but either one does the job. (You’ll find it for pretty much the same price as the reposado, too.)