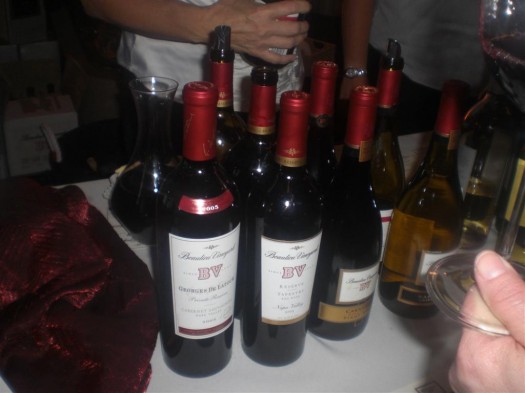 Heading into the Civic Center area of San Francisco rarely means a fun night on the town drinking lots of great wine, but that’s exactly what I had the great pleasure to do this Thursday, courtesy of an invitation from Wine Enthusiast magazine, which put on a fantastic, must-attend event.

Held in the classy War Memorial Opera House, wines were poured on four stories of the structure, making for some adventurous climbing and exploring in order to get your vino fix. While wines were poured from all over the world — there’s really no rhyme or reason to who was attending, as you’ll see from the melange of names in the tasting report below — quality was exceptional throughout. (Admittedly I tried to steer toward the higher-grade wines being poured during the VIP hour.)

But Toast of the Town, I soon discovered, is only half about the wine. The other half is all about the food, with an amazing variety of local restaurants serving appetizer-sized plates to the masses. Seriously, the food options were splayed out at a rate of roughly one restaurant for every two wineries (and on some floors, the ratio was 1 to 1), so you’d get a glass of wine, then grab a plate and nosh. And we’re not talking about a bite of cheese and a cracker like most wine events: Here we had crab dumplings, duck salad, steak tartare, lobster thermidor, ahi tuna, house-made carpaccio, beef marsala on polenta, red velvet cake… you name it. And, at the final table… a selection of awesome chocolates from Shokolaat. It’s the first time I’ve left a wine event completely stuffed — and perfectly satiated with a glass of Eagle Rare 10 Year Old Single Barrel Bourbon (rating: A) — a unique way to finish a wine tasting event… and a great way to prepare for Whiskeys of the World this afternoon.

Because the wines were all over the map (literally), drawing comparisons was nearly impossible so my comments on the 28 wines I tried are scarce. I will however offer special praise for Archery Summit’s Red Hills Pinot, Pine Ridge’s Fortis cabernet, and a trio of whites from Louis Latour (and a sister property), however. But seriously… i want to go back for some more of those chocolates. 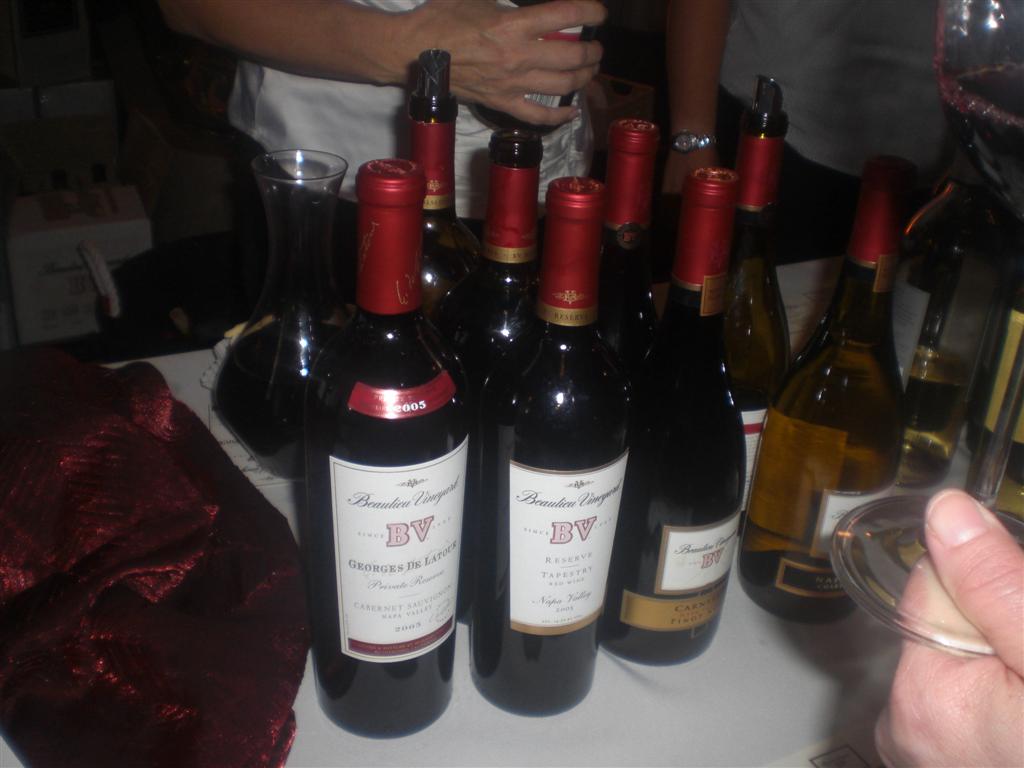