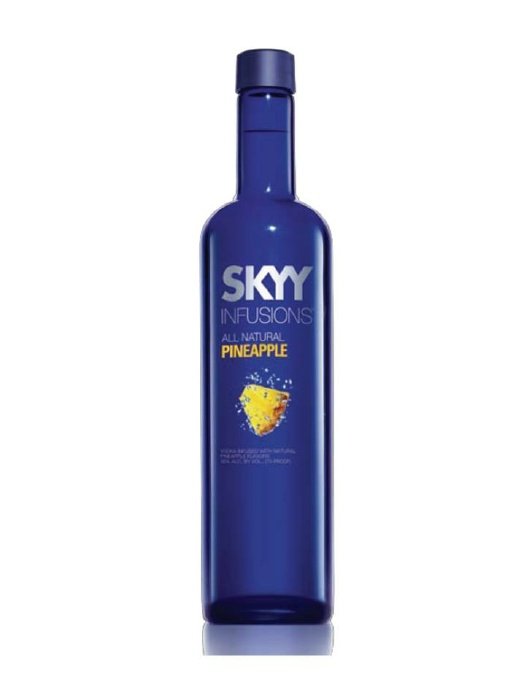 Strange then to put pineapples and vodka together, but hey, who are we to judge. Pineapple is a natural for many cocktails — but carving up a fresh pineapple is a royal pain in the butt. Enter pineapple-infused vodka, which Skyy says it developed as an alternative to heavier rums for use in tiki drinks and the like.

Sounds good to me, but how does it taste?

Pretty good, to be frank.

I put Skyy Pineapple next to Van Gogh Pineapple (both are 70 proof) and immediately felt I got my earlier analysis wrong. Skyy is easily the better spirit here, with Van Gogh’s Pineapple Vodka having more of a bitter aftertaste and harsher medicinal quality, while Skyy’s has a fresher sweetness to it. A bit chalky, maybe, but it immediately fills the palate with what it should: pineapple essence.

That said, you’re not likely to notice much of a difference between these two in a fruit-laden cocktail, but considering the Skyy is nearly half the price of the Van Gogh, well, you make the call.

(For the record, I’d probably knock my rating of Van Gogh Pineapple down to a B+ in comparison, but I won’t do that formally without a fresh bottle to review.)