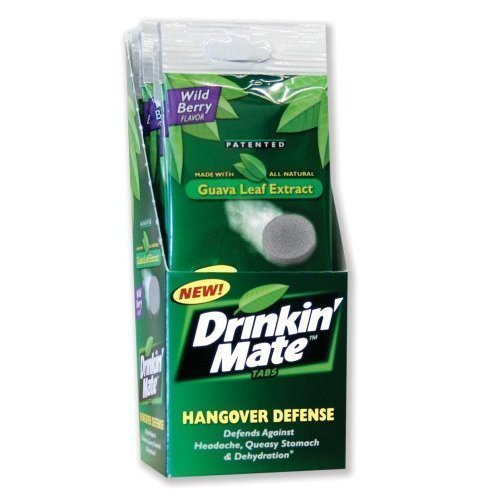 There’s good news and bad news about Drinkin’ Mate, another entry into the growing category of hangover prevention remedies.

First the good: Compared to the field, Drinkin’ Mate is the best-tasting hangover preventer around. It’s an effervescent pill (like an Alka-Seltzer). Just drop it in a few ounces of water, and you get a fizzy, fruity drink that goes down pretty quickly and painlessly. Made primarily from guava leaf extract, it’s a bit tropical and a lot berry-like (the only version seems to be “wild berry flavor”), very sweet (thanks to shots of sorbitol and sucralose). Unlike some of those nasty, syrupy hangover cures, you won’t have to choke this one down before you go out. (The company also says you can take it after drinking to avoid a hangover.)

Now the bad news: For me, Drinkin’ Mate did absolutely nothing to prevent a hangover. The one I’ve been nursing today is the outright worst in recent memory, which makes me wonder how effective guava leaf could possibly be at fighting off the headache from a half-dozen glasses of whiskey and wine. The only other real active ingredient here is sodium bicarbonate, pretty tame stuff that would have no hope against a major alco-binge, at least it didn’t for me.

As always, these remedies are often a shot in the dark, and some work for some drinkers and not at all for others. Your mileage may vary, but while I didn’t get any benefit from Drinkin’ Mate, at least the act of drinking Drinkin’ Mate didn’t make me want to throw up on the spot. 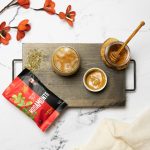