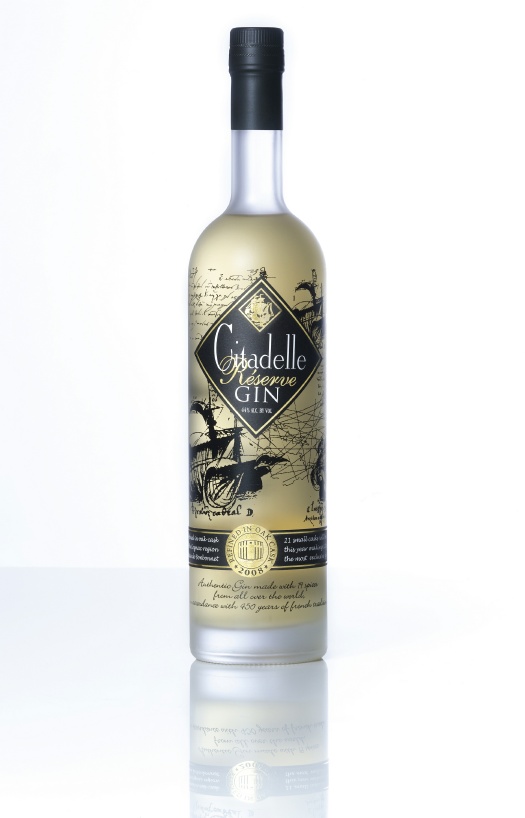 One occasionally gets in the mood for gin, and when one does, said mood hits hard. Citadelle is a relative newcomer to the scene… with not one but two gins for your drinking pleasure. These gins hail, unusually, from France, and both are 88 proof, distilled from wheat. 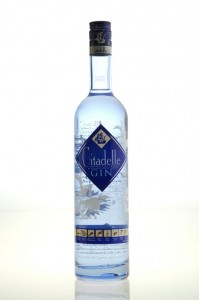 Up first is standard Citadelle Gin (2009), though there’s little that’s standard about its botanicals. I’ll let Citadelle explain itself rather than digesting it here. Part of an uncovered recipe from the 18th century, Citadelle includes 19 botanicals: “coriander from Morocco; orange peel from Mexico; cardamom and nutmeg from India; licorice from China; cubeb pepper from Java; juniper, savory, violet and star anise from France; fennel from the Mediterranean; iris from Italy; cinnamon from Sri Lanka; almonds and lemon rind from Spain; cassia from Indochina; angelica from Germany; grains of paradise from West Africa; and cumin from Holland.”

That’s quite a concoction, but the juniper is tragically the most prevalent component here. You’ll also get notes of the more earthy parts of the blend, especially the cardamom and coriander. Citrus notes are lacking, which was a big disappointment for me. I tried this in a casino cocktail but it clashed with the other elements. Some say tonic is is Citadelle’s best fit, and that’s a combination I can get behind. B / $25 [BUY IT NOW FROM CASKERS]

I was a much bigger fan of Citadelle Reserve Gin 2008 Vintage, which infuses the spirit with the same 19 spices but then ages the blend in oak cognac casks for six months. Each bottle is vintage dated (mine is 2008), though I doubt you’ll see much variation from year to year.

I liked this far better than the unaged Citadelle, though the strongly yellow color is surprising. The juniper is much more understated after that time in the barrel, and a nice vanilla sweetness comes into the forefront. It’s very citrusy on the tongue, with a lively spiciness — perhaps that is the cubeb pepper? While far from anything I’d describe as traditional, Citadelle Reserve is good enough to merit possible replacement of Plymouth as my go-to standard gin (and it’s amazing in cocktails)… but does six months in oak really merit a $15 price hike? Yikes. A / $40 [BUY IT NOW FROM CASKERS] 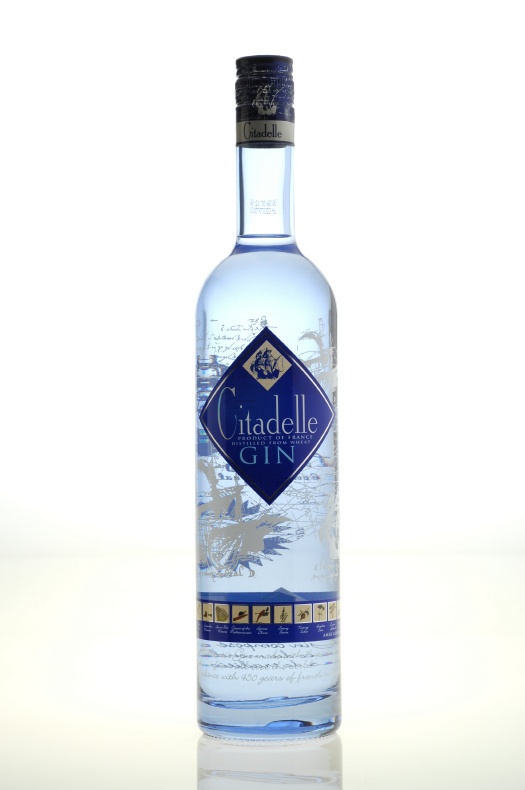