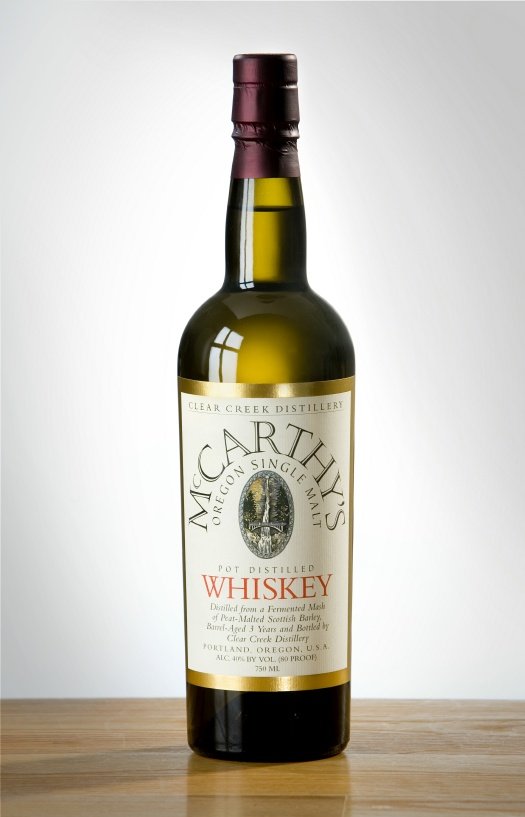 One sip — heck, one sniff — of McCarthy’s whiskey and you’d swear it was fresh off the boat from a foggy distillery on the shores of Islay instead of in Portland, Oregon. The only hint that you’re drinking something different is the pale gold color, a signal of a relatively short time in cask — in this case, a mere three years in wood.

McCarthy’s certainly works to be traditionalist: It’s made from Scottish barley, it’s peated (quite a bit), and aged in old sherry barrels (though real Scotch is normally aged in old bourbon casks… details, details).

Clear Creek says that it resembles Lagavulin in style, but I think it’s better. What Stephen McCarthy has achieved here is a richly peated whisky — redolent with iodine, salt, and smoke — that still has some balance to it. There’s a touch of citrus-like sweetness here; orange, mostly, and a little banana too, with a honey kicker. There’s a touch of pepper in there, too.

The finish is surprisingly mild and a little sweet, making this whiskey impressive in its overall structure and balance. I got a touch of bitterness in a few sips early on. Let it aerate for a bit and you’ll find McCarthy’s nothing but charming.