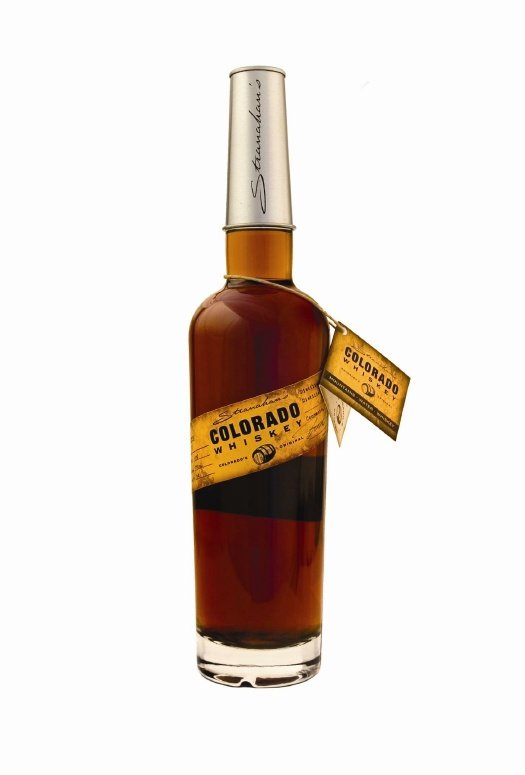 I’m not gonna pull any punches here. Stranahan’s is the strangest whiskey I’ve ever experienced.

Then the tasting. Hmmm. Stranahan’s is a rarity among American whiskeys, distilled from 100 percent malted barley (just like the Scots). It is then — just like in Bourbon country — aged in charred, new oak barrels, but for a mere two years.

The result is something wildly unlike any other whiskey on the market, and if you’re a traditionalist you probably aren’t going to be thrilled with the results. The grassy, chewy character from the barley hits you first, but then Stranahan’s wood component takes over. A huge wall of oak wood and smoke literally punches you in the face just as you’re about to settle into the malt, and it doesn’t stop with the hitting.

I like “smoky” Scotches, but Stranahan’s is something entirely different. It’s like someone hollowed out a tree stump, filled it with whiskey, covered it with a tarp, and let it marinate for a decade. I can’t cut through any of these smoke-and-wood flavors; any sense of vanilla or sweetness (the normal hallmarks of new charred-oak barrels) are really just hinted at deep in the finish.

Some call Stranahan’s a masterpiece, and I’m perfectly willing to accept that some palates might be better suited for this spirit. Alas, it’s just not for mine.

By the way, pay special attention to the bottle, which is hand-labeled with a batch number, the date of distilling, signature of the distiller, and a comment (the two bottles I’ve encountered read “Listening to NPR” and “Listening to Bright Eyes”). Hmmm… shouldn’t he be listening to Johnny Cash or Willie Nelson? C

9/2011 update: I’m checking out batch #33 again (“Listening to NPR,” bottled in 11/2006), and finding it quite a bit more engaging today. Perhaps my palate has evolved or the whiskey has oxidized… but 2 1/2 years later, I’m finding a lot more to love in Stranahan’s than before. The nose is huge with toffee character, and while there’s a ton of smoky wood (still too much) in the body, it’s not nearly as intense as I’d found it before. Big cinnamon notes on the finish. Lots of fun, actually. If I had to rate it again today, I’d go with something around an A-. Looking forward to trying it again since batches seem to differ quite a bit.