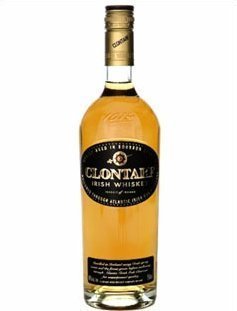 Named after a famous battle in Ireland (the one in which King Boru, another bit of history that’s become a liquor brand, died), Clontarf produces two Irish whiskeys, a blend and a single malt.

Here’s the blend, which is a perfectly acceptable Irish, a light honey and butterscotch spirit that goes down with minimal fuss. The finish is short, with a toffee-like dessert quality, but not overwhelmingly sweet.

No complaints here, but there’s not a whole lot of surprise in the glass. Maybe that’s a good thing for folks who like their whiskey easygoing and super-consistent. At 24 bucks a bottle, it’s hard to complain, but other solid Irish bottlings cost even less.