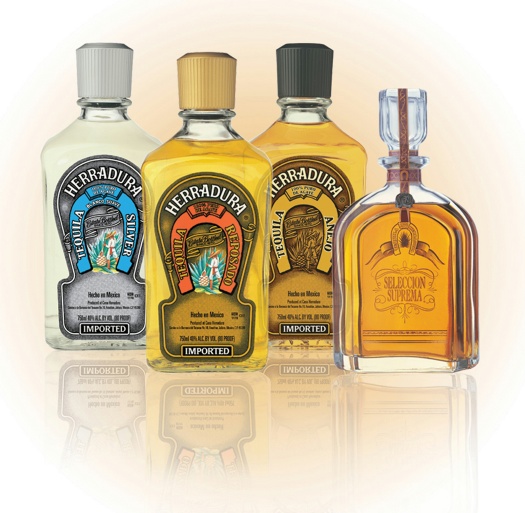 Finally got my mitts on the full line of standard Herradura tequilas (all except the Seleccion Suprema). Here are some thoughts on all three expressions. All are 80 proof.

Tequila Herradura Silver (2008) – (original report here) – This blanco has grown on me since I originally reviewed it in April. My overall tasting notes are the same — some buttery and nutty notes that wash over a relatively straightforward agave finish. The bite is there, but it’s clean and fades quickly. Even shooters should need no training wheels on this one. I was borderline on the rating the last time, but I’d probably go with an A- this time instead of the B+. Aged 45 days in oak. $33 [BUY IT NOW FROM DRIZLY]

Tequila Herradura Reposado (2008) – Aged 11 months, it’s quite dark for a reposado. (Incidentally, Herradura claims that it created the reposado category!) There’s more up-front agave on the nose and the body of this tequila, but it’s still quite creamy and buttery and goes down easily. A bit too vegetal on the whole, but good for the category. Strangely, I see it around here for less than the Silver, making it an exceptional bargain for the category. B+ / $29 [BUY IT NOW FROM DRIZLY]

Tequila Herradura Anejo (2008) – This aged tequila spends at least 25 months in oak, giving it a nice vanilla and oak character. The agave’s still there, no question, but it takes on a lovely caramel tone after all that aging. On the whole, very smooth and lovely, almost elegant and not overdone like some anejos so that you can’t still catch the agave. Again, it doesn’t knock your socks off, but it’s a nice anejo that should be readily available where you live. A- / $47 [BUY IT NOW FROM DRIZLY]