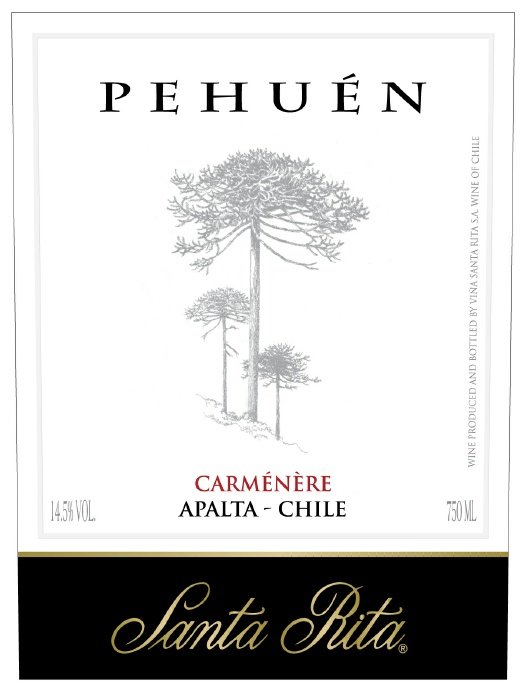 What the heck is Carménère, you ask? It’s a wine grape that, if importers have anything to say about it, will be taking the States by storm in short order. (Of course, they’ve been saying that about Grüner-Veltliner for at least six years now, and look where that’s gotten to.)

Carménère is mainly a blending grape originally planted in Bordeaux, where it was once known as part of the “big six” red grapes of the region (now typically known as the “big five”). It’s noteworthy for the deep purple color of its juice, and production has largely moved to Chile, which is where this 2004 Santa Rita Pehuén hails from.

Like most people, I’ve never had a 100% Carménère wine before (Update: Well, this one’s close at 95% Carménère and 5% Cabernet Saufignon), but I figured this was the best way to experience what the grape truly had to offer rather than in a blend It’s an intriguing grape — part smooth, medium-bodied Merlot and part fruit-forward Zinfandel. Then there’s a smokiness to it on top of that. Over time in the glass, I found that the flavor of the wine veered toward some very young Cabernets, with green pepper being notable on the palate. And yes, it’s dark as can be, like purple ink. Be careful with this one. Spill a drop and it’s sure to stain.

All told I’d rather be drinking Cab with the big meal that a wine like Carménère commands, but this is an interesting diversion from the norm that I don’t hesitate in recommending you try should you come across a bottle.