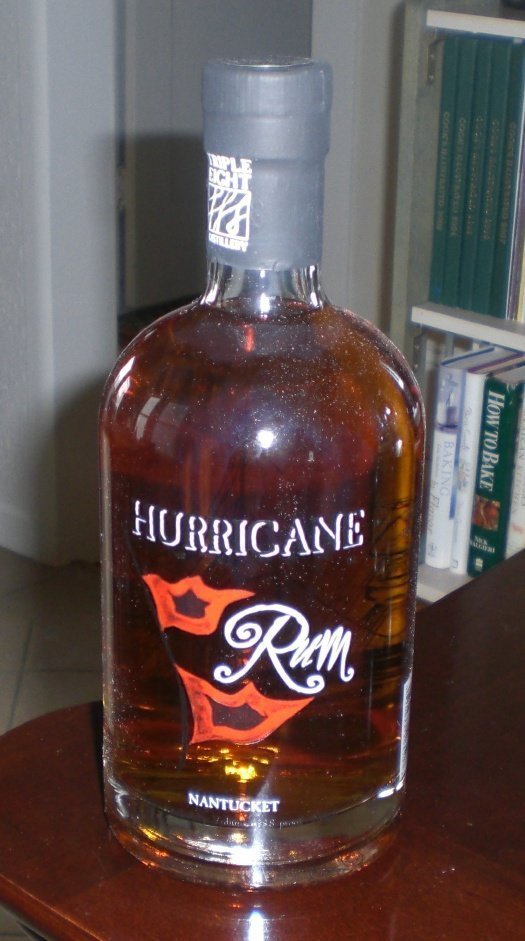 The folks of Triple Eight Distillery (whose vodkas I reviewed here) also produce a rum called Hurricane. Now Nantucket is not typically an area one associates with rum, but the folks in Massachusetts at least do a credible job with it.

There’s nothing overly surprising about Hurricane Rum aside from its provenance. Named in honor of the storms that sometimes ravage the area, it’s aged in old bourbon casks and bottled at 88.8 proof.

Sugary sweetness is backed by vanilla (clearly from those bourbon barrels), but the spirit quickly turns hot from there. The finish is on the bitter side, and that even followed along in mixers, a surprising amount of staying power on the aftertaste. On the rocks it’s a touch too harsh for straight sipping, even after you ice starts to melt, but otherwise it’s a solid, if not quite smashing, spirit.’