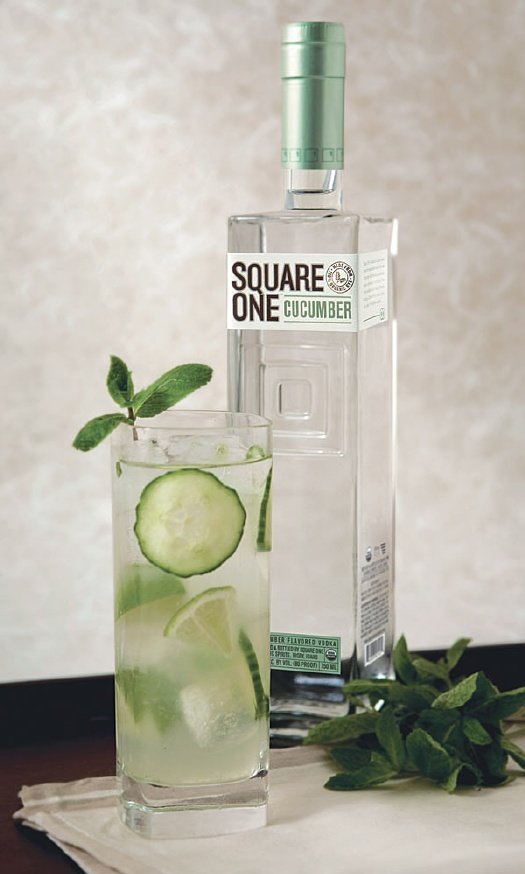 Ever since declaring the Celery Cup my favorite cocktail at this year’s Slow Food Nation event, I’ve been itching to recreate it. But the lonely sample-size bottle of Square One Cucumber Vodka the company sent couldn’t motivate me to break open the shaker. The recipe’s convolutions also seemed overwhelming. So much easier just to break open a bottle of Scotch.

But finally I did it, making the Celery Cup (formally Celery Cup #1) at home. A wonderful combination of sweetness and fresh green salad, it’s a delightful concoction that was just perfect on a hot day like today.

Here’s what it takes to make one (this is Square One’s recipe, verbatim): 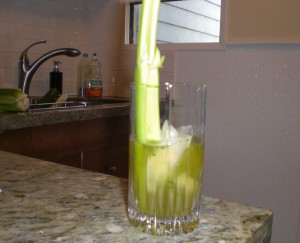 In a mixing glass, muddle the cucumber, celery, cilantro, and lemon juice into a pulp. Add remaining ingredients, cover in ice and shake hard for 10 seconds. Strain into a tall glass over fresh ice and garnish with a piece of celery.

The problems, as you can likely see, are many. It is time-consuming to make, requires numerous ingredients that the average home bar won’t have (if you even have the lemon, you’re doing well in my book), and it’s expensive: One English cucumber was $2.50! Muddling celery isn’t exactly easy on the wrist, either, lemme tell ya.

The finished cocktail is really good, though, even though it takes all afternoon to prepare. A tad too sweet — try trimming the agave nectar just a bit for a more savory concoction. But it tastes so wholesome while also packing quite a kick.

As for the Square One Cucumber Vodka, it’s an 80-proof, organic, naturally-infused version of the rye-based unflavored vodka that Square One makes. The aroma is instantly cucumber, and even in the ingredient-packed Celery Cup, when I made another batch with plain vodka, the difference was surprisingly noticeable. That said, drinking Square One Cucumber alone isn’t much fun, but at the same time its mixing options are probably limited. (I haven’t tried any other recipes with it.) At $30 a bottle, you’ve got to be a huge cuke fan to buy into it… or at least looking to make some really unique cocktails.