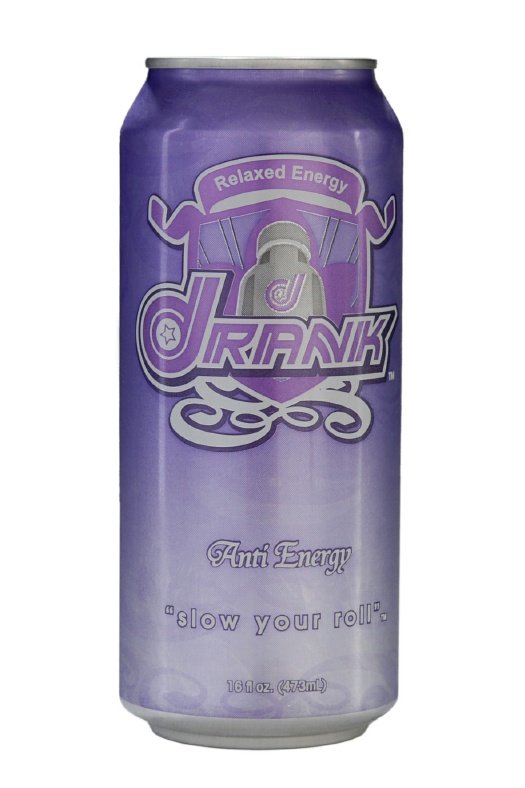 Leave it to folks in my home town of Houston to buck the trend and introduce the opposite of what everyone else is doing: Drank’s tagline is “slow your roll” and it’s an anti-energy drink. Instead of caffeine, guarana, and taurine, it’s loaded with Valerian Root (10mg), Rose Hips (10mg), and melatonin (1mg), all designed to slow you down and make you sleepy.

I tried a can last night. I’m not sure if it was the stuff inside or the fact that it’d been a long day, but indeed my roll had been slowed. After finishing about half the can I was nodding off after 20 minutes. I woke up in the middle of the night at about 3am, but finally got back to sleep soon after. This morning I’m feeling pretty good, relaxed and energetic. Whether it’s legit or all psychosomatic I don’t know, but I’m keeping another can on standby just in case I need a legal, non-alcoholic downer.

I love the idea of Drank, but I’m unsure on the execution. The day-glo purple beverage tastes a lot like energy drinks (I’d hoped for something a little more sedated), but with more grape soda character (and maybe some flowers?). It is also loaded with 27 grams of sugar: That can’t help you sleep, can it?

The can is also enormous. While typical energy drinks come in 8 ounce cans, Drank is in a 16 ounce tall boy. Polishing off this entire can was a simple impossibility in my trudge toward bedtime.

Of course, this ain’t drankhacker… and I’m willing to accept I may not be in the target market for beverages targeted at gangsta culture. But hey, if it’s good enough for Three 6 Mafia, it’s probably good enough for all of us. Those guys have Oscars, after all.