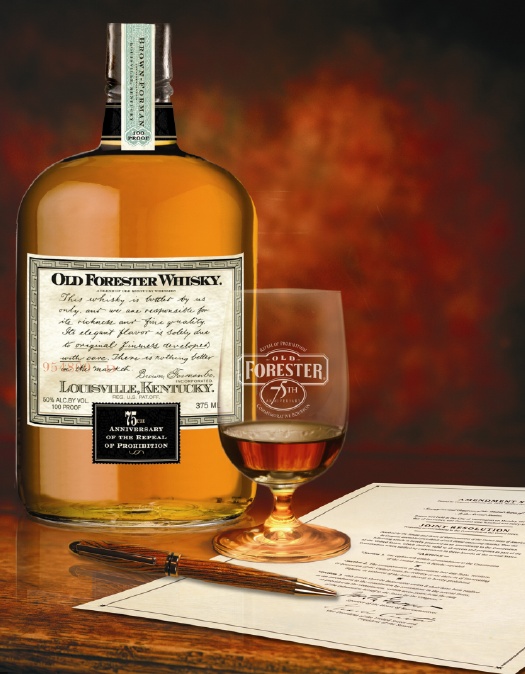 This year marks the 75th anniversary of the repeal of Prohibition (officially ratified on December 5, 1933), so to celebrate, Old Forester is releasing a one-time-only, limited expression of its storied Bourbon whiskey. The whiskey will be sold in a 375ml bottle with a medicine-flash appearance and a replica version of a label from the 1930s. Availability is set for late November or early December.

I got an early look at the whiskey and found it quite good. At 100 proof (“Prohibition’s required proof,” says Old Forester), it’s a powerhouse, but less gut-punching than you’d expect. Strongly vanilla on the nose, that carries over to the body, especially with a splash of water. There’s some unusual, orange citrus in here, too, plus a touch of cloves and allspice, giving this Bourbon a little bit of rye-like character. A weird medicinal quality, kind of like the iodine you’ll find in some single malt Scotch, is another unusual component (but, perhaps, appropriate considering the ’30s approach to this unique spirit). The finish is clean and rich — maybe a bit less complex than I’d hoped, but very easy to drink and enjoy.

At $30 for a half-bottle of whiskey, Old Forester Repeal may be a little pricy for some Bourbon budgets, but it’s a conversation piece, to say the least. All hail the 21st Amendment!