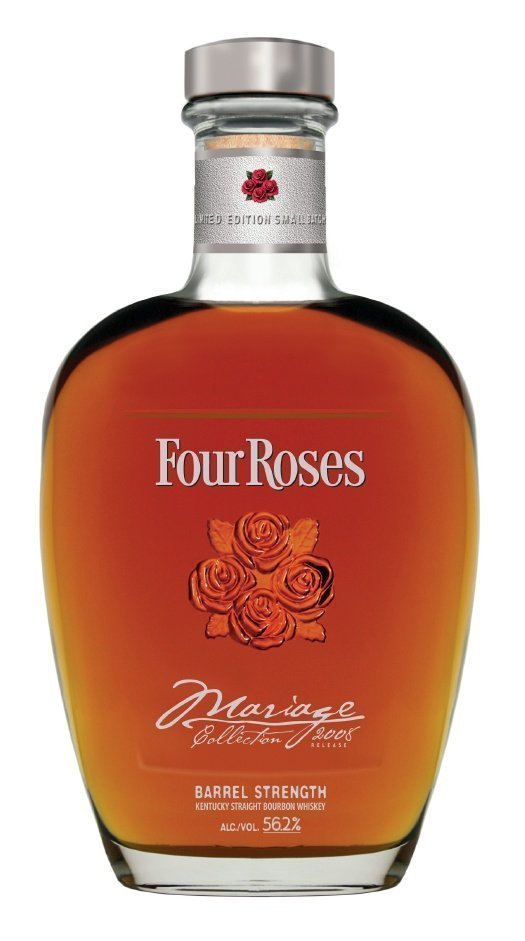 I’m on record as being a big fan of Four Roses bourbon already. Now the distillery is launching a limited-edition blended bourbon, at cask strength, no less: A heady 112.4 proof (though my barrel sample was “just” 111.4 proof), which will burn off your eyebrows if you’re not careful.

Yeah, you need a splash of water, but less than you’d think. Four Roses Mariage 2008 (the name is from the French for marriage, which was the spawn of the Four Roses brand to begin with) is a blend of two single-barrel expressions at 4R. One is a rich 13-year-old, one is a spicy 10-year-old. If all goes well, it’s the first edition of many to come: Each year the company will unleash a new blend with a different composition. This year, 3,500 bottles are being released (though it’s not quite yet on the market).

As for this Mariage, it’s truly awesome, a smooth, dark, honey-flavored bourbon that is classic in style but reminiscent in some ways of a good Irish whiskey, with banana and bubble gum notes easily identifiable. It’s peppery on the nose, but that spice doesn’t really spill over into the whiskey — very intriguing. Strongly sweet, it’s incredibly easy to drink, and it goes down almost too easy.