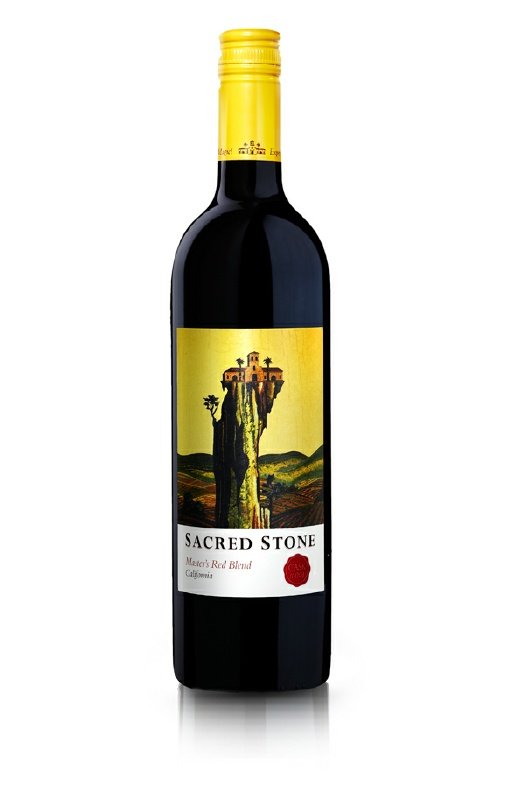 $10 wines, especially reds, don’t often get you very far. Sacred Stone is an interesting exception to the rule. If there was a year on the label (and a cork instead of a giveaway screwcap) and you took this to a party, your host would likely be impressed.

Sacred Stone Master’s Red Blend (a vaguely Rhone style blend that tastes nothing like Syrah) is a pleasant and not altogether challenging wine, but it’s an easy drinking experience. There’s a bit of everything in Sacred Stone (and the blend changes from time to time, though it’s a nonvintage bottling): Merlot, Sangiovese, Cabernet Sauvignon, and Syrah are the predominant grapes (and there’s more after that). Yeah, you’d have to be a master to even try to blend all that stuff.

The Merlot is the most notable on the palate, a light, plum-like fruitiness that gives way to smoke and charcoal dust. It’s surprisingly pleasant, but the finish doesn’t linger, and the jamminess knocks out much in the way of nuance. I was actually guessing there was some Zinfandel in the blend before I dug deeper into the specs… but these crazy, mega-blended wines can often confuse the drinker, and the palate.

For $10 ($8 on sale), I’m not sure many drinkers will be serving this with the “grilled meat, game, and wild boar Bolognese” suggested on the bottle, but I can tell you that if you’re on a strict budget and need something to get the job done in a pinch, Sacred Stone is a solid.