Junipero is old school. Sipping it takes you back in time. You can imagine Churchill pulling down this stuff while trying to decide what to do about those friggin’ Nazis.

Junipero makes a really perfect gin martini: The juniper, as you’d imagine from the name, is up front yet not overpowering. But it’s more spicy than evergreen, so you don’t feel like you’re constantly belching up pine cones when you drink it. Of course there’s more to it than that, though, and Junipero, like most other gin makers, keeps its recipe secret. It’s hard to put your finger on much beyond some lightly bitter orange and lemon peel and something that gives it a kick of sweetness, but I can say that whatever Junipero puts in this gin, it works really well in the glass.

At the classic 94.6 proof, I was sure Junipero would be blazingly harsh consumed straight, but it wasn’t. Better, though, was to toss a few rocks in. As the ice melts, the water brings out the fruit peel flavors and mellows the juniper berry further. Win. 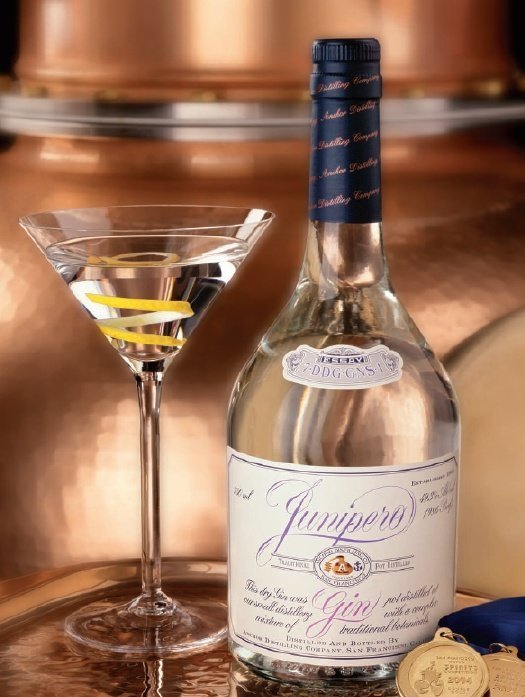