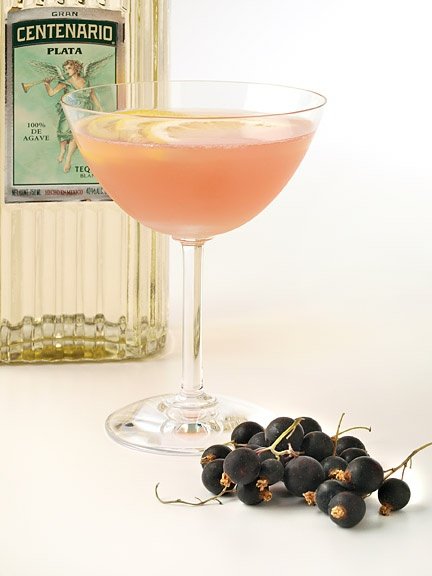 The first thing you’ll notice about this blanco tequila is the distinct yellow tone it has. That’s not a tint on the Deco-styled bottle, that’s the spirit. But aren’t blanco tequilas supposed to be totally clear?

Surprise: Gran Centenario lets its blanco/plata mellow for 28 days in oak barrels before going into bottle. It’s not enough to make this qualify as a reposado, but it does do something unexpected to what is often a very familiar spirit.

At its core, this is a pretty straightforward white tequila. Vegetal, herbal agave is heavy on the nose and in the mouth, but it’s creamier than many blancos. A strong hint of vanilla is there, a definite contribution of the wood, but unfortunately that just reminds me that, hey, I could be drinking anejo instead. Definitely an interesting twist on the blanco… and if you’re either a blanco or reposado fan, definitely give Gran Centenario a try for something a little unusual.

Gran Centenario says this spirit is excellent for mixing, and I can’t disagree. Here’s one sample cocktail (courtesy of the company and pictured below) that sounds especially intriguing. Note to self: Buy lemons.

Add all of the ingredients to a mixing glass, then add ice. Shake and strain into a chilled coupe. Garnish with a thinly sliced lemon wheel.