I love getting a sneak peek at stuff before it hits the market, but it’s even better when the stuff is good. 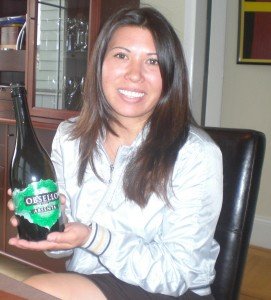 Obsello, come tomorrow, will be the first Spanish absinthe for sale in the U.S., and even then only in San Francisco. (New York is coming soon.) Obsello’s Joanne Haruta (pictured) is in town for the launch and was good enough to drop by today with the last few ounces of personally-imported Obsello she had left. (The American-bound Obsello comes in a different bottle than the one she’s holding and is currently sitting in U.S. Customs for one final night.)

Spain and absinthe have a long history: When France banned the spirit in 1915, many absinthe distillers simply hopped over the border to Spain and continued to produce. (Even Pernod relocated there.) Spanish absinthe is typically called “absenta,” and they are said to be sweeter due to the use of a different type of anise in the blend.

Obsello has the classic verte color, lightly yellow-green, with fragrant anise and fennel on the nose. At a “mere” 100 proof, I sampled it straight and was immediately surprised. Obsello is proud to tell you it contains not a hint of bitterness, and this was completely true even in a straight sip. Fiery hot, sure, but palatable and even pleasant. I was immediately reminded of St. George Absinthe, which is also tolerable straight.

Served in the traditional method with sugar and water (Obsello recommends a relatively alcoholic three to one ratio of water to absinthe), it’s even better, a silky, mouth-filling cocktail of sugary absinthe flavor. Not too heavy on the anise and fennel, though they’re clear and prominent; some curious cinnamon notes in the finish. The best news: That bitterness from many absinthes, a result of the use of dried herbs and cheap grain alcohol for blending, is completely absent here. Obsello is made from eau de vie, the base spirit for brandy, making for a considerably more complex way to start your spirit.

Obsello finishes clean and leaves you refreshed and thirsty for more. I don’t think I’ve ever finished off a glass of absinthe as quickly as I did Obsello, and the last drops of the bottle were gone far too soon. Can’t wait to see Obsello on shelves in the near future, and best of all, at a mere $54, it’s just about the cheapest absinthe on the market.

I could drink this all day. I won’t, but I could. 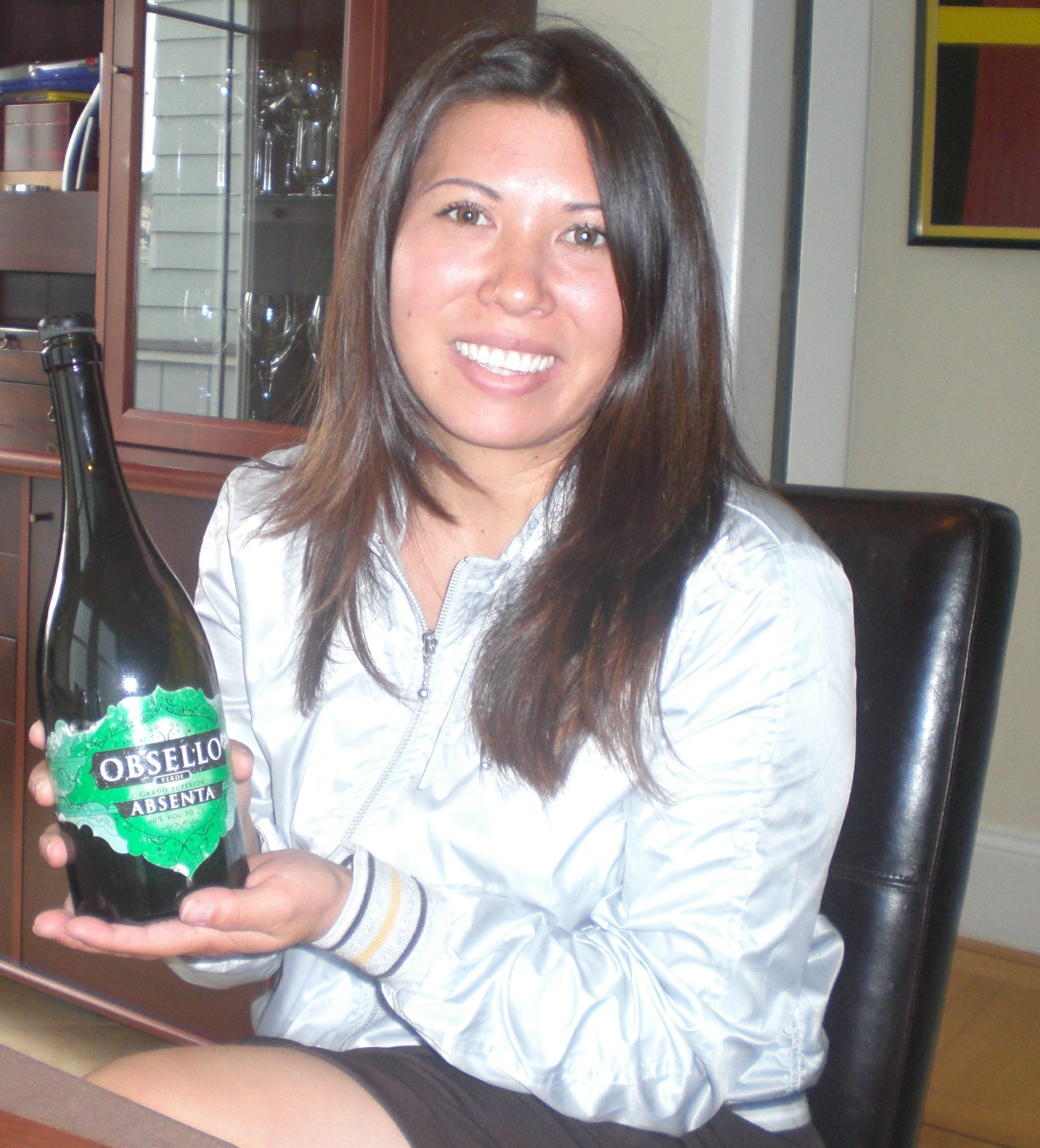