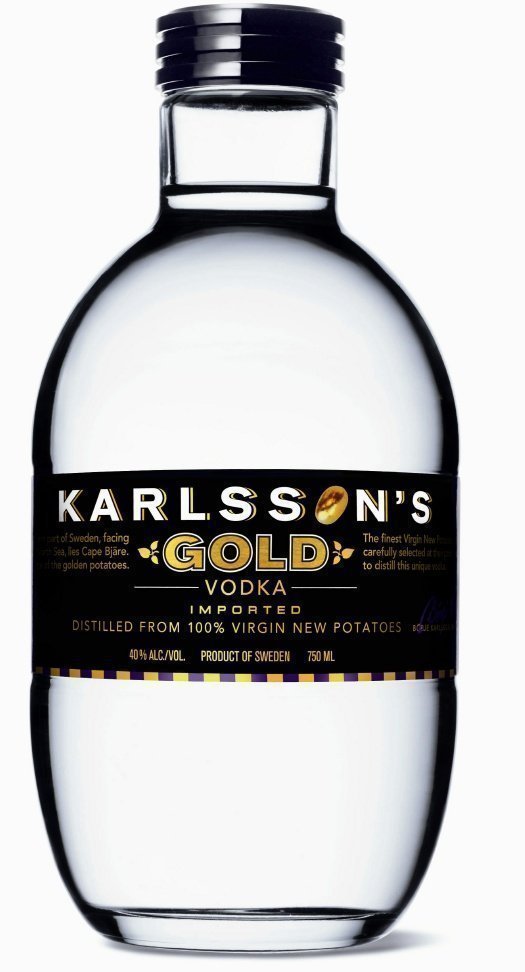 With its squat bottle reminiscent of those they sell iced tea in and an almost gaudy black-and-gold label (yeah, that’s a golden potato instead of an O), Karlsson’s Gold Vodka won’t be easily missed in a sea of etched-label, oversized bottles of the stuff. But Karlsson’s isn’t bottom-shelf swill. Created by Börje Karlsson, the “Father of Absolut,” this 80-proof Swedish potato vodka is one of the most unusual I’ve tasted in recent memory.

The flavor isn’t so much medicinal as it is minty, and there’s curious butterscotch character to it as well. I was expecting strong flavors of smoke and charcoal, hallmarks of Absolut, but these vodkas are about as different as you could imagine. Curiously, it’s fairly smooth yet it is distilled just one time, a testament to quality in an era of five-, six-, or seven-times distilled spirits.

As for the bottle, it’s not a tea container but one inspired by a laboratory bottle, and it even has graduated volume levels right in the glass. (The label on the bottle sent to me looks a bit different than the one shown here, also; perhaps it’s an older version?)

The price, well, that’s another issue. At $40 a bottle, Karlsson’s is one of the priciest vodkas on the market. That puts it quite a bit out of range as a novelty item, but if you’re a die-hard vodka lover, it might just have enough nuance to merit an investment.