Robert Craig has been making wine on Mount Veeder for 30 years.

This year, Craig celebrates its 30th anniversary as a creator of “mountain Cabernets.” In honor, here comes his 2005 Affinity, a Bordeaux-style blend from Howell Mountain, on the other side of the valley.

Affinity is 85% Cabernet Sauvignon, 13% Merlot, and 1% each Cab Franc and Petit Verdot. The wine is lush but still quite young, it needs several years of bottle time to mellow its tannins a bit further, though it’s still approachable now. Currant is the dominant character: The palate offers an interesting and spicy complexity, but it doesn’t quite come across in the nose. The finish is on the thin side, which is sad because the wine otherwise comes on quite strong. 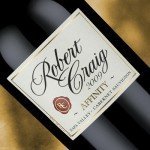 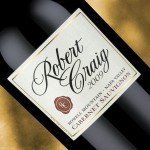