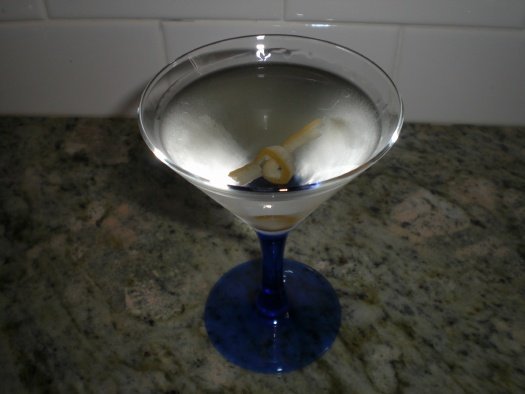 In 1953, Ian Fleming wrote Casino Royale, and had James Bond invent his own drink, which he called the Vesper, after a character in the book. The drink made a new appearance in the previous Bond movie of the same name, with Daniel Craig rapid-firing the recipe to a waiter so quickly I’m amazed he got what he ordered. Anyway, the drink made a sort of comeback after its Bondly appearance… here’s how Fleming wrote it in the book.

“Three measures of Gordon’s, one of vodka, half a measure of Kina Lillet. Shake it very well until it’s ice-cold, then add a large thin slice of lemon peel. Got it?”

I write that here because it’s one of the few old recipes I’ve seen that, speaking specifically, includes ingredients none of which you can actually get any more. Now that’s unusual.

Let me explain. First, Gordon’s gin was reformulated from 94 proof to 80 proof (or less). The vodka would have strictly been Soviet-bottled and overproof. And Kina Lillet, as I discussed yesterday, has long since been put to pasture.

So, you can make a Vesper with substitutes today, but it won’t taste much like it did in 1953. Finding overproof gin and vodka aren’t tough, but the Kina Lillet is a deal breaker. You can try it with Lillet Blanc, but you won’t even approach the bitterness that Bond would have been looking for.

I made one with commonly available substitutes and the taste was… well, a lot like a not-very-dry gin martini. The addition of vodka doesn’t do much considering so much gin in the glass, and the Lillet Blanc doesn’t make a terribly different impression vs. dry vermouth. The real difference most modern martini drinkers will notice is the lack of olives. To me, it’s just not a martini without a bunch of ’em adding their salty, meaty flavor to the mix.

Try one for yourself and, if you can’t channel Bond, well, at least try to think of Moneypenny.

Shaken or Stirred: Which Makes the Best Martini?