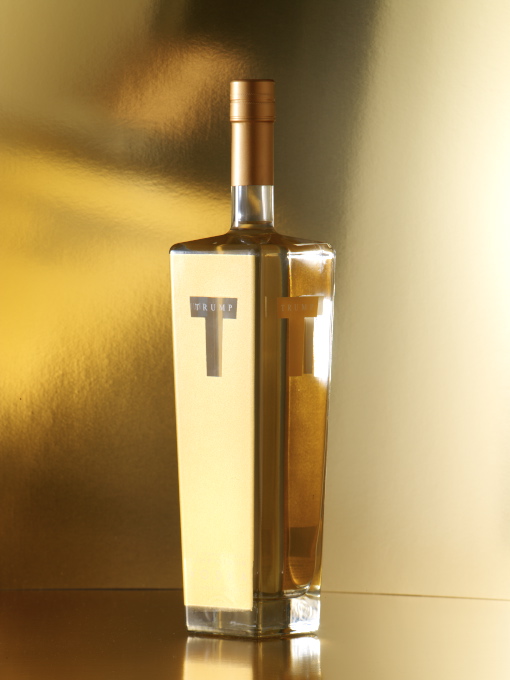 A certain high-profile executive would happily offer that Trump Vodka is the best vodka ever made. 200 times better than Grey Goose. At least. It’s right there on the bottle: “Trump: The World’s Finest Super Premium Vodka.” Apparently there was no additional room for “Duper” on the label.

Such hyperbole has become synonymous with the Donald Trump empire, one which now produces all manner of (sometimes cut-rate) stuff from suits to steaks.

Much to my chagrin I have to report that when it comes to spirits, whoever’s doing the dirty work for Trump knows his business. (It’s actually a long-running Dutch outfit called Wanders Distillery.) Distilled (five times) from wheat and bottled at 80 proof, it’s a traditional spirit that is countered by its gaudy packaging: Enormous gold Ts appear on the front and back of the thing. If ever a bottle was designed for Atlantic City, this is it.

Trump is not exactly the most complicated of spirits. It’s a very clean and almost weak vodka, with a hint of sweetness and a light medicinal tone that sets up a classic vodka profile. Not harsh by any stretch, I actually had trouble believing this was really 40 percent alcohol. Probably best as a mixer, Trump is easy to drink straight, though it’s hardly something to kick back and savor as you watch the sun set or the fireplace roar.

I’d give it a higher rating were it not for the silly high price. But then it wouldn’t be Trump, would it?