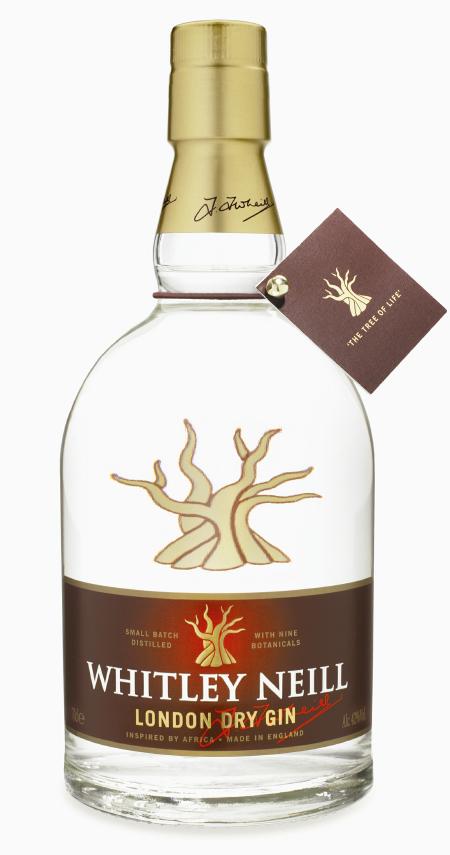 For a spirit inextricably associated with England, how surprising it was to read on the bottle of Whitley Neill gin: “Inspired by Africa.”

Apparently Mr. Neill’s (Johnny Neill, actually) wife is originally from Africa, which is why a baobab tree appears on the label and in the bottle, in the form of its fruit used as a flavoring. As well, Cape gooseberry joins gin’s seven other traditional botanicals (the most notable of which is juniper), to round out a pretty unique gin.

Bottled at 84 proof, this is a surprisingly mellow gin, not nearly as harsh as some juniper-heavy spirits. Mind you, I have no idea what baobob fruit tastes like (the company says it’s primarily a heavy citrus flavor), but it certainly seems to lend something to this gin, a subtle earthiness that you normally don’t often find in the spirit (though perhaps that’s just more angelica root than usual?). The gooseberry is a little easier to pick out: Gooseberry is an extremely tart berry, and even in the small quantities it must be used here, it’s still evident.