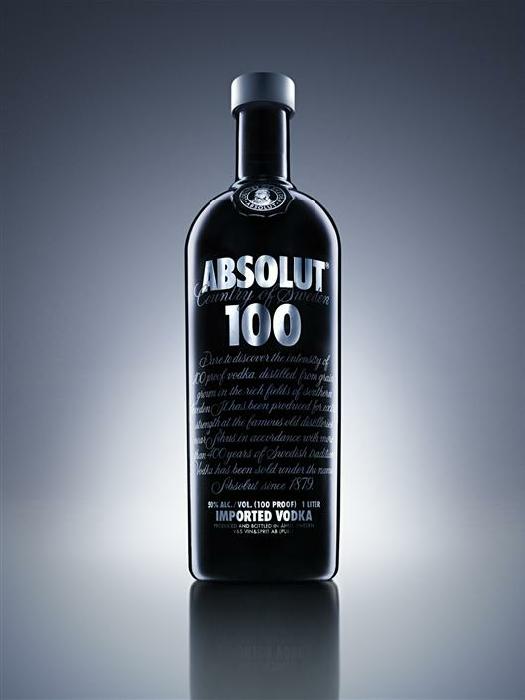 With its black label and silver cap, Absolut 100 is an ominous spirit to face down, which probably explains why it’s been sitting on my kitchen counter for three weeks: It scares me.

100 proof of pure vodka, this is a higher-test version of the Absolut that everyone knows so well. Absolut’s characteristic heat is here, along with the hint of charcoal and herbal notes (likely thanks to the Swedish winter wheat from which 100 is distilled) that regular Absolut always offers. There’s a slight sweetness here, too, but not too much.

As for the 100 proof, it’s not nearly as overpowering as I feared it would be. Yeah, it’s too strong for drinking straight, unless you’re hosting some kind of who’s-the-biggest-man-drinkin’-firewater competition, but I suspect most bottles of 100 will end up in high-proof cocktails and knock-you-out oversize martinis.

That ain’t a bad thing.