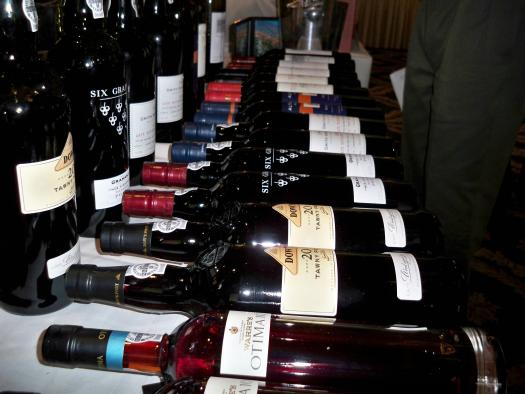 In the world of wine, Portugal is known for two major things: Expensive, fortified dessert wines (Vintage Port), and super-cheap whites (primarily from the Vinho Verde region). Recently, nearly 40 Portuguese wineries, importers, and distributors gathered in San Francisco to offer an updated perspective on the wines of Portugal. The verdict: About the same as it was in the ’70s.

That’s not meant as insult, and in fact I met a number of Portuguese winemakers who’d flown all the way here to show off their wines, standing stoic in their suits with nary a grin as they earnestly, yet calmly, intone that the wine you’re tasting costs 3 euros a bottle. It’s safe to say this is the only event I’ve attended where you could try both Mateus and Lancer’s — and yes, both brands are still around, though hardly as strong as they were 30 years ago.

On the other hand, a smattering of producers were on hand with Tawny and Vintage Ports, some of which were truly dazzling.

And then there were the oddities, wines made with every grape under the sun, many of which I’d never thought would work in Portugal — Pinot Noir!? — but far more that the average U.S. wine drinker will have never heard of: Trincadeira, Moreto, Bical. The list never stops.

I tasted nearly 40 wines at the event and, I’m sad to say, you won’t find a lot of them on the shelves at your local wine merchant. Many of these wines haven’t made it to the U.S. yet, and even fewer of them have arrived on the west coast. If you’re in New York, your odds are better, but I can’t imagine a lot of people will spend days seeking out a $12 bottle of Vinho Verde. (That’s pretty common here for Portuguese whites, though the dip as low as $6 or $7. Prices were unavailable for most of these bottlings and aren’t included below.)

Some highlights. A lot of Portuguese white is surprisingly good. At its best, Vinho Verde can be a refreshing, lemon- and apple-like wine with light floral notes and without that overpowering butter and woodiness in a lot of American whites. Look for wines made from Alvarinho grapes, if you can find them. My favorite of all, a bottle called Clemen Reserva (I doubt there’s a non-Reserva), which embodied all the characteristics I mentioned above; it’s a blend of Alvarinho and Trajadura grapes.

Some interesting reds emerged, too: Goanvi sells a full line of reds, and the two I tried were surprisingly nice. The cost of the Capote Velho Reserva, a blend of Syrah, Touriga Nacional, and Aragones? $6.

Naturally, there was plenty of Port to be had, though many of the major producers were absent from this event. Barros’ 1957 Colheita was a treat, a wonderful, caramel-and-chocolate sipper that has mellowed perfectly in 51 years. Quinta do Portal’s 2003 Vintage Port, while representing a much younger wine, was surprisingly mellow for being in the bottle for such a short time. If you are looking for Vintage Port to drink now and don’t want to pay out the nose (maybe $60, if you can find it), I highly recommend tracking this bottle down.

Bottom line: Looking for something light, easy, and fun? Serve a Vinho Verde and ask your guests to guess what it is. For a more unique experience, pick up a Portuguese red. Quality is all over the map, but you likely won’t spend a fortune on the experiment. 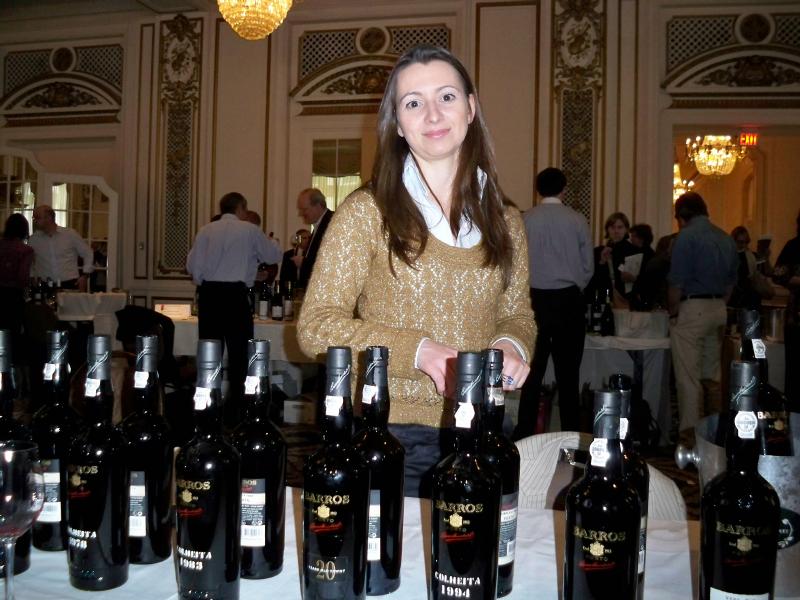 Tasting Report: 2011 Vintage Port (and Beyond)