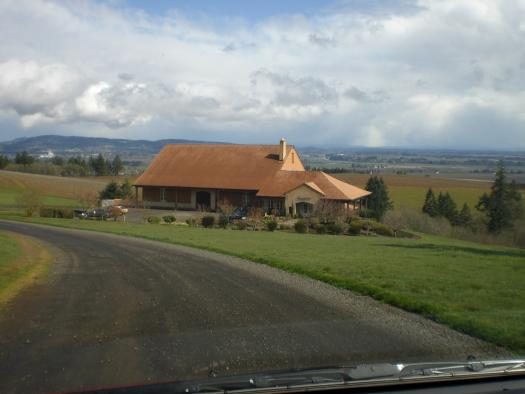 If it weren’t for the many gravel roads and all the snow, I would have sworn that, while touring Oregon’s Willamette Valley, the crown jewel of its growing wine operation, I was in the heart of Sonoma. Willamette has everything you’d expect from Northern California wineries: Gorgeous tasting rooms, courteous staff, weekday crowds, and even outrageous tasting fees at some locations. What I didn’t see that you can’t miss in Sonoma? Ubiquitous gift shops in every tasting room.

Getting around Oregon’s wine country isn’t easy, but it’s not impossible either. There’s a lot of confusing, dirt-and-gravel roads, little signage, and nothing that seems to run straight and flat. All those hills make for good Pinot Noir, but they don’t make it easy for you to get around if you’re not local.

The Willamette Valley is less than an hour’s drive from Portland, and though you’ll run into traffic, two-lane roads, and lots of stop lights, it isn’t unpleasant. If you’re anywhere near the area, I highly recommend a trip. Best advice: Order a free copy of this Oregon Wine Country brochure, which includes a huge and detailed map of the area. It’s far better than the one you’ll find in any guidebook or magazine, and you’ll need it if you go touring in the area.

Best wine of the five wineries we visited would have to go to Penner-Ash’s 2006 Carabella Vineyard Pinot Noir (its first ever bottling as a vineyard designate), pricey at $55 but sedate and smooth like old Burgundy, and stripped of any barnyard tones. Also a real surprise: An Oregon Syrah, made from grapes from the south part of the state, and a rose Pinot Noir, the first of its ilk I’ve ever tried.

A close second as a favorite wine: WillaKenzie Estate’s 2005 Pinot Noir Emery ($45). (WillaKenzie, incidentally, was unique among the wineries in that it has no tasting fee.) It also scored an A in my book.

Putting aside the $15 tasting fee, Domaine Serene had some nice wines, though nothing that blew me away. A shocking laggard, however, was the vaunted (and pictured) Domaine Drouhin (which is run by Burgundy expatriates), which failed to impress with much in its brief, three-wine lineup.

Bonus tip: While waiting for your flight at PDX, check out “Made in Oregon” in concourse C, which sells Oregon wines (few of which I can find in California at all) for shockingly amazing prices. And yes, you can legally carry them on your flight with you if it’s direct. I bought four bottles here. Score!

Oh… that’s right… I mentioned snow back there. Did I mention the insane weather? If you’re heading to Willamette any other time but the dead of summer, bring a jacket! 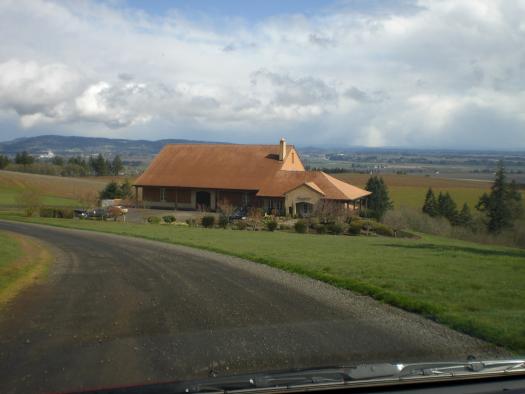