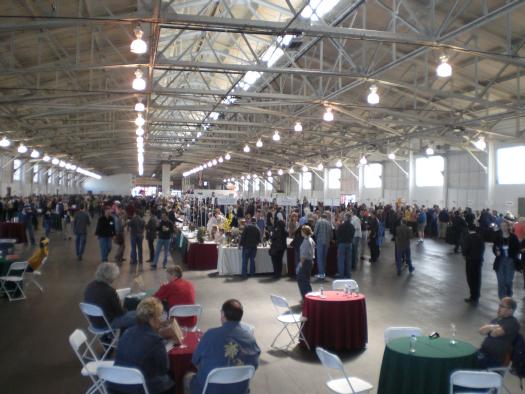 One of the most exhausting and exhaustive wine events around, San Francisco’s “Rhone Rangers” celebration of Rhone-style wines (and only Rhone-style wines) was a huge hit last weekend. The only problem: With about 100 wineries in attendance, many pouring 6 or 8 wines at their tables, sampling even one wine from each winery is pretty much impossible. You have to choose your battles… so, apologies to those whose wines I didn’t get to sample at the event. Here are some highlights of those whose wines I did get to try.

Four Vines (seen at right) had some interesting pours, but nothing was as charming as the Bailey Vineyard Syrah from, of all places, Amador County, rich with blueberry notes and wholly drinkable. Perhaps the best bottle of the whole event.

Also a serious highlight from the show: Longboard’s 2005 Dakine Vineyard Syrah, a rich blend of 91% Syrah that includes all kinds of juice in small proportions, including 3% Zinfandel and 2% Malbec(!). Very complex but easy to drink. Definitely worth seeking out, along with its other bottlings.

Andy Peay of Peay Vineyards was kind enough to correct a long-running Internet misconception about his winery. His name is really pronounced “Pay.” Remember that when ordering his wines. They were excellent, with the lighter La Bruma (“the fog”) Syrahs edging out, in my mind, the meatier, heftier Les Titans (“the giants”). All were great.

Met a very nice group at Prospect 772, whose “The Brat” and “The Brawler” earned their names. The raisiny Brat was my favorite, as the appropriately-nicknamed Brawler came across as a bit too young to be drinking today.

Rosenblum has long been known as a Zinfandel shop, and I was surprised to see they had a half-dozen Rhone style wines on sale now, too. In fact, they showed me a list of their full wine lineup, which stretches to about 70 different wines they are now producing, most very affordable and all pretty good. When I asked how they keep them straight, the woman behind the table just shrugged and said, “We just keep making more.”

Also had a nice chat with the Australian transplants from Summerwood Winery. Their “Diosa” Red Blend of Grenache, Syrah, and Mourvedre was my favorite from their Paso Robles winery. 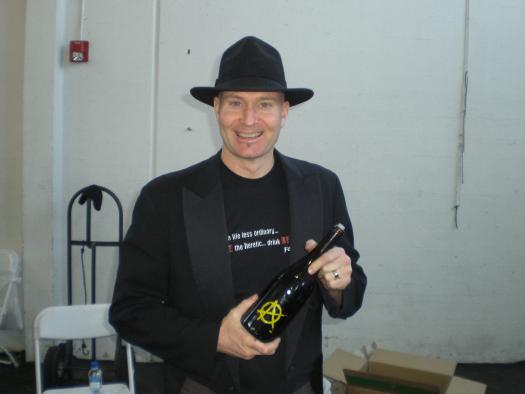