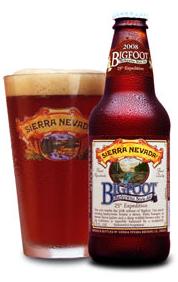 One doesn’t hear the term “barleywine” much outside of Tolkein novels, but Sierra Nevada is bringing us one here in 2008. Looks like a review is in order of this Bigfoot Barleywine Style Ale, 25th Expedition.

To clarify, barleywine is a styleof very strong ale noted for its high alcohol content (hence the “wine” moniker). In the case of Bigfoot, it’s a whopping 9.6% that will knock you down if you aren’t careful. One bottle of this stuff (now being released for its 25th time) is enough for a weekday night, I assure you.

Bigfoot, as most barleywines, is quite sweet. It has a tart apple, jam, caramel, and stone fruit flavor, which slowly gives way to the heavy hops that give it its bitterness (about the same as an IPA). The finish is medium length and quite pleasant. The alcohol is understated. If you didn’t know this was overproof beer, you might not realize the punch it packs until you wound up face down on the bathroom floor. 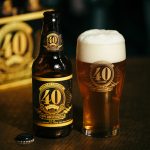