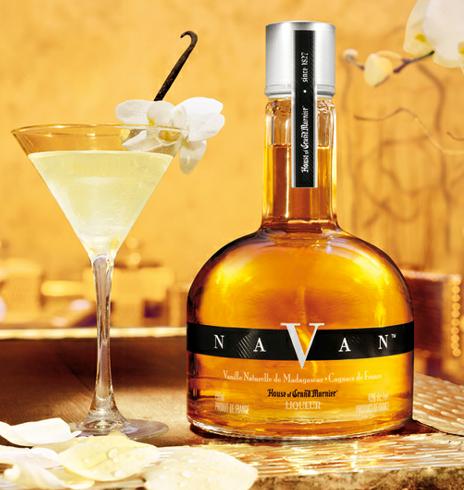 The challenge is that there are very few vanilla-based spirits out there. The aforementioned Licor 43 is one (and an exceptionally good one), but now there’s another, newcomer Navan, bottled by the makers of Grand Marnier.

Head to head, the differences are pronounced. Despite having 42 other herbs in it, the Licor 43 has considerably more of a vanilla flavor and dessert-like kick, but more importantly it is much heavier, almost like a syrup. I can’t (and don’t recommend) drinking Licor 43 straight, but with a lot of melting ice, it’s palatable on its own. Navan is blended with Cognac and this character comes through, mellowing the vanilla and lending a more traditional spirit note to the liqueur. It’s easy to sip Navan on its own, but it’s even better on the rocks and, of course, in cocktails. (Also worth noting: Navan is a full 80 proof, while Licor 43 is 62 proof.)

In a complicated, chocolate cocktail, you’d have trouble picking a favorite between these two, though Navan is considerably more expensive. I’ll probably stick to 43 in most cocktails, but would experiment more with Navan in brandy-based drinks or non-dessert offerings.