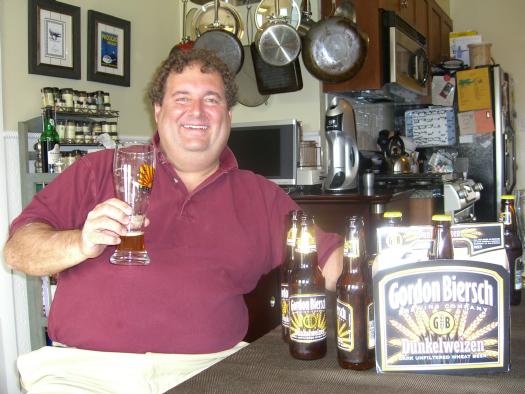 Dan Gordon (pictured), proprietor of Gordon Biersch, stopped by today with his latest brew, a real rarity in America (or anywhere else, for that matter). Dunkelweizen is a dark wheat beer. The brewing process is basically the same as Hefeweizen, but Dunkelweizen uses 40% dark malted wheat in the malt blend, along with 3% caramelized malted wheat, to give the brew its color and tone. (The remainder is pale malted wheat (25%) and pale malted barley (32%).) Traditionally it is served as a “breakfast beer” in Bavaria. Here, I doubt many will consume it with their bacon and waffles, but it nonetheless makes for a nice, refreshing summer brew.

The deep caramel color is misleading. Those expecting the flavor of an ale based on the appearance of the beer in the bottle or glass will be surprised. The Dunkelweizen has the citrus, apple, and grain taste of a Hefeweizen, but without the sharp acidity that (for me) makes it difficult to drink a lot of. The Dunkel is far smoother, mellower beer, richer in the mouth and quite sweet in the finish. The unfiltered brew also makes for a cloudy experience in the glass that lets you ponder its mysteries in the swirls and whorls. 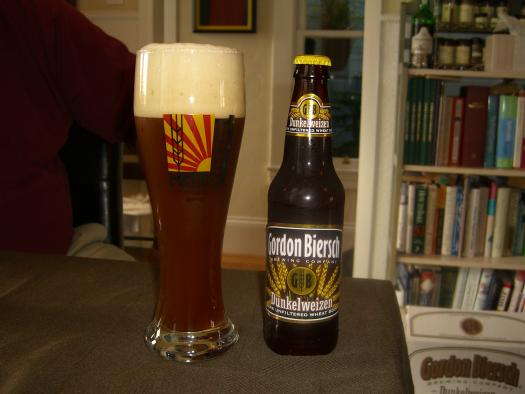