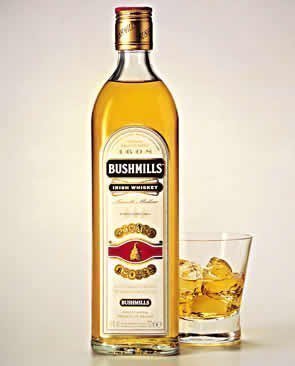 Jameson isn’t the only name in Irish. With St. Patrick’s Day just around the corner, let’s share the love with Bushmills, the other major name in Irish whiskey, which is celebrating its 400th anniversary this year.

Bushmills — aka Bushmills Original — has a very typical Irish flavor: The honey of Scotch and but without the smoke, tempered by the vanilla and oak of Bourbon. Served neat, Bushmills can be a bit harsh. It’s best when served as Bushmills itself suggests: A touch of water or on the rocks. The water smooths the drink out completely, making it go down without complaint. Not a lot of complexity, but perfect for a weeknight aperitif.

I haven’t tried Bushmills’ other bottlings, but will plan to get a review of the popular Black Bush up before St. Patty’s.