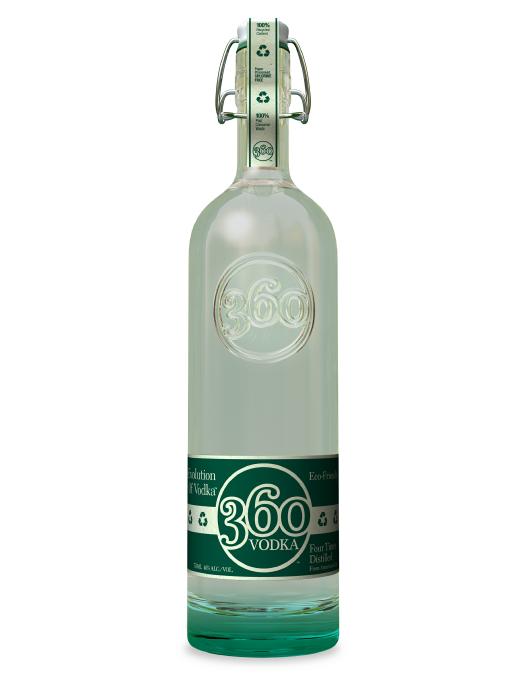 The world’s first “eco luxury vodka,” 360 Vodka is bottled at 80 proof in 85% recycled glass, labeled with chlorine-free paper, and even uses a twine string to attach a postage-paid envelope to the top of the bottle: You use it to return the metal closure on top of the bottle (like a Grolsch beer bottle) to the company for reuse. 360 says it donates $1 for every closure returned to environmental causes.

As for the vodka, it’s distilled from locally-grown grain and filtered not using charcoal but rather granulated coconut shells, all using low-energy processes. The taste, well, it’s a lot like many grain-based vodkas, a sharp spirit with a vaguely medicinal aftertaste. 360 is, however, distinguished by a mild sweetness in the finish. It’s quite mild compared to many grain-based vodkas, and that’s a nice switch vs. some of the harsher spirits on the market.

That said, it’s hard to see the need for such radical organic-ness in a vodka, which most consumer will buy once a year, or maybe less. If you’re consuming so much vodka that recycling the metal closures becomes a major concern for you, well, you might have other things to worry about than Planet Earth. That said, in all seriousness, every little bit helps, right? (The price ain’t bad, either.)