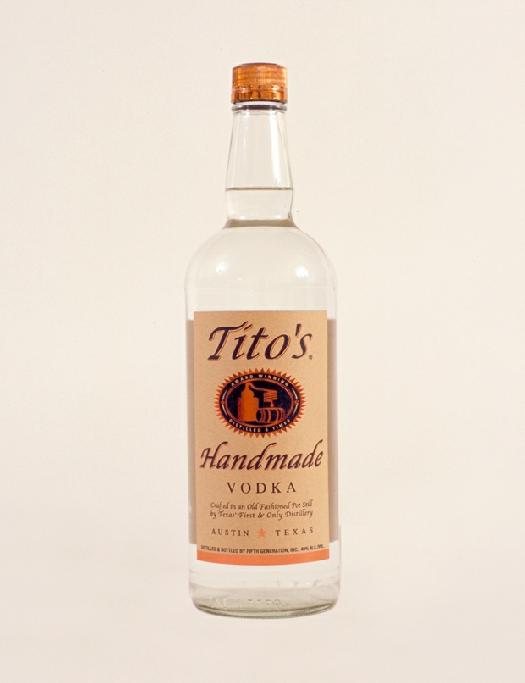 If you read the Wall Street Journal, you’ve seen the ads for Tito’s Handmade Vodka. With a kind of scrappy, homemade look and feel (to both the ads and the bottle itself), Tito’s doesn’t look like much… but as with a book, don’t judge this liquor by its cover.

I taste a lot of vodka here — more than any other spirit, really — and I can pronounce that Tito’s is, if not the best I’ve had, one of the top two or three. Yes, it’s a clean vodka without a lot of aftertaste, making it easy to sip or mix into a cocktail, but there’s more to it than that. There’s a faint medicinal flavor to the vodka but it imparts a crispness, not something off-putting. The best way I can put is it is that it tastes like clean sheets when you’re exhausted and ready for bed.

Poking around I discovered that Tito’s is distilled from corn, though it can compete with the best vodkas I’ve had, all of which are distilled from grapes. It probably has to do with Tito’s incredibly meticulous distillation process: He even built his own stills.

Then there’s the price: Locally I can find Tito’s for all of 16 bucks. You should be able to get it for less than $20 anywhere. That puts it on par with or cheaper than the bulk-produced Absolut and even flirting with Smirnoff. The price bumps it from an A to a full A+ for me. If you’re a vodka drinker you owe it to yourself to try Tito’s.