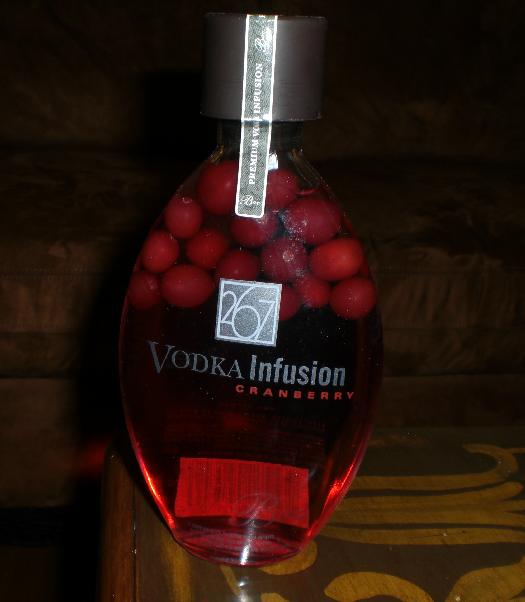 Maybe you’ve seen these guys at liquor stores: Squished, stretched-out bottles with fruit floating inside. You can’t help but pick one of 267 Infusions’ eight flavored spirits up. Though 267 will tell you it’s infused, not flavored.

First, it’s more medicinal in taste than I had hoped (and more so than the lemon and orange), likely having much to do with the copious amount of cranberries infusing the bottle. That’s a bit of a bummer, but it’s not a total loss. While I wasn’t a fan drinking this concoction straight up (chilled), it was far better in a Cosmopolitan, subbing in for vodka, or at least for part of it.

One major caveat on 267’s line: These are not 80-proof spirits but are bottled at just 42 proof, barely half that of a standard vodka. If you mix with them, you’ll notice the drink is decidedly weak: Try subbing in for half the regular vodka in whatever drink you’re making.

At $21 (and up) these concoctions aren’t cheap, and they have to be refrigerated after opening. Sadly, the bottles don’t look nearly as cool when they’re inside your Frigidaire.