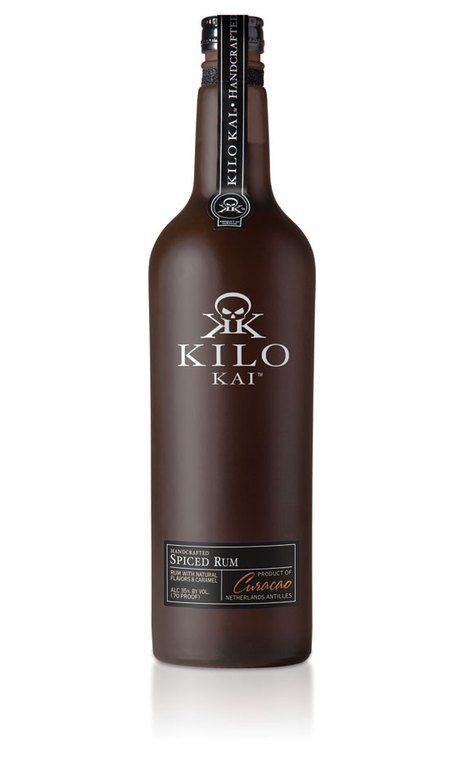 When it comes to spiced rum, most people (including myself) pretty much know one brand: Good old Captain Morgan. Nothing wrong with that. The Cap’n takes boring old Bacardi and infuses it with a vague taste of the tropics and the nostalgia of, er, spice traders, pirates, and saucy wenches.

The problem is that Captain Morgan is hardly the top of the line. Dump a shot in a glass of Coke and it’s fine enough, but try it straight and it comes across as a middling rum with a harsh finish and no real distinguishable spice to it, just a vague, almost chemical heat. (I give it a B. At $14 a bottle it’s a decent deal.)

Enter Kilo Kai Spiced Rum, a brand new bottling from Curacao and spiced the way rum ought to be. I tried it straight, head to head with the good Captain and another spiced rum called Kuya. (Don’t bother looking for Kuya; it’s so undrinkably awful I give it an F.) The difference was quite noticeable. While the Captain Morgan rum was hot and harsh, the Kilo Kai was much smoother, with a creamy texture and a clear flavor of honey and cinnamon. That said, the Captain Morgan tastes a lot more clearly of rum, while the Kilo Kai could have had a based of almost anything. Breathe in and it’s the spice that you inhale, not the sugary rum.

It was also quite good mixed with Coke, and I’ll be working on some cocktails with it over the next few weeks. Watch for these! Oh, and the bottle is pretty cool, too. The rough “grip tape” wrap at the top of the bottle is especially memorable.

Kilo Kai is not yet available in stores. Watch for it soon; it’s definitely worth the price.