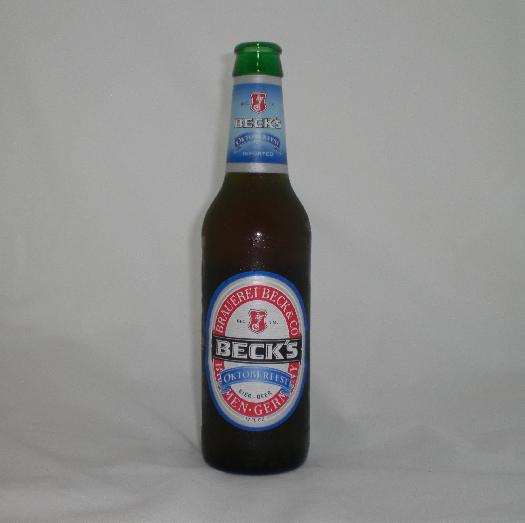 By the time you read this, it will be October, and for beer drinkers, that means a month-long excuse to consume mass quantities of brew. Hey, good for them.

Beck’s Oktoberfest is a quite pleasant brew (and I’ve no idea if the formulation has changed for 2007), a dark amber beer with an overwhelming aroma and flavor of freshly baked bread. Seriously, it’s like walking into a bakery, with a floury, malty, yeast-filled sensation atop a very nice, medium-light body. It’s not at all hoppy.

I enjoyed the beer best straight from the fridge. After it had warmed up a bit it lost much of its charm. That said, I’m sure most Oktoberfest enthusiasts have no trouble drinking their beers quickly. 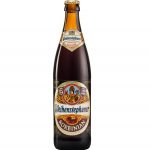